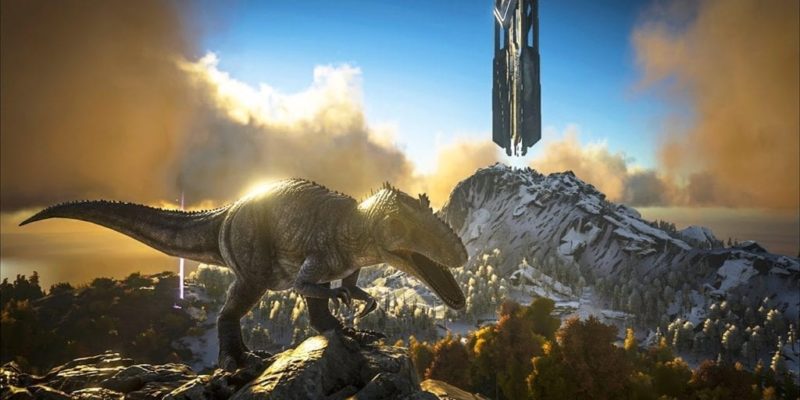 It’s crazy to think how much exactly ARK: Survival Evolved has grown. The game has continued its development through Steam Early Access, continually adding new, and sometimes even festive, features. The game continues to grow in size, particularly in the most recent reveal of the Giganotosaurus.

Its rage reaction, even when tamed, can sometimes cause it to briefly turn on members of its own tribe. Indeed, it may even throw off its rider if it has been sufficiently angered! And yet, the sheer size and immense power that the Giganotosaurus possesses means that some factions endeavor to tame it as a fear-inducing “capital” beast of war — even at great risk!

The creature promises to dwarf the T-Rex and Spinosaurus, not only in size, but in the increasingly agitated rage it holds inside. As it becomes more angered, the dino also becomes more powerful. The challenge of taming the beast becomes more of a team effort having all hands on deck to further halt the sluggish beast.

ARK: Survival Evolved is still enrolled in the development process. The full release will come June 2016.