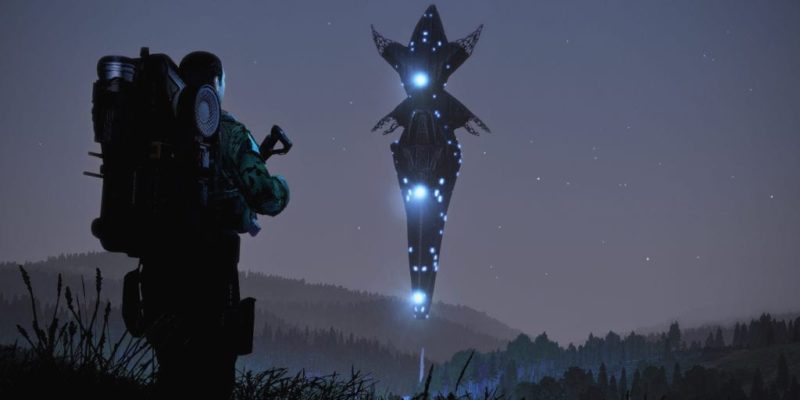 In what has to be one of the wildest tone shifts in recent years, military simulation sandbox game Arma 3 is adding aliens. The new single-player spinoff campaign — Arma 3 Contact — asks the simple question: “What if humanity suddenly encounters extraterrestrial intelligence on Earth?” Given the kind of game Arma 3 is, my guess is that humanity will shoot it.

The story of Arma 3 Contact follows NATO drone operator Aiden Rudwell. The setting is a military training zone in Eastern Europe. The trailer opens with a small squad and their wheeled drone patrolling a forest at night. Classic. The drone’s camera feed begins to bug out and pieces of debris float about. Not much has been shown of the alien enemies so far other than their ship.

This is really going to change the Miss Universe contest

Arma 3 Contact brings in a new map along with two new factions, five weapons, two vehicles, multiple new pieces of gear, and more. Developer Bohemia Interactive has stated that while there will be firefights, a “significant portion” of this story-driven campaign “will focus on non-shooting gameplay.” From the look of things, you’ll be using new equipment to unravel the mystery surrounding this new foe. To learn more about them, you’ll need to utilize the new mini UGV sampling laser. The Spectrum Device, another new piece of equipment, will serve multiple purposes depending on where it is used. And the new map covers an impressive 163 km2 and is set in the fictional nation of Livonia. New weapons include a handful of automatic rifles, a carbine, shotgun, and classic hunting rifle, so a fair variety of bug blasters.

In the tradition of crazy special editions, Arma 3 Contact goes all out. The collector’s edition comes with a briefcase, a pair of walkie talkies, and a pair of tin foil hats. You’ll also get the base game, Contact expansion, a poster, map, and steel case. Don’t kid yourself though — we all know the tin foil hats are the real draw here. (Gotta keep your thinky bits protected!) Additionally, all Arma 3 owners will receive NATO woodland camouflage, civilian clothing, 100+ decorative props and terrain objects, and more for free when Contact drops. If a map the size of Washington D.C. and aliens have you interested, Arma 3 will be making contact later this summer. 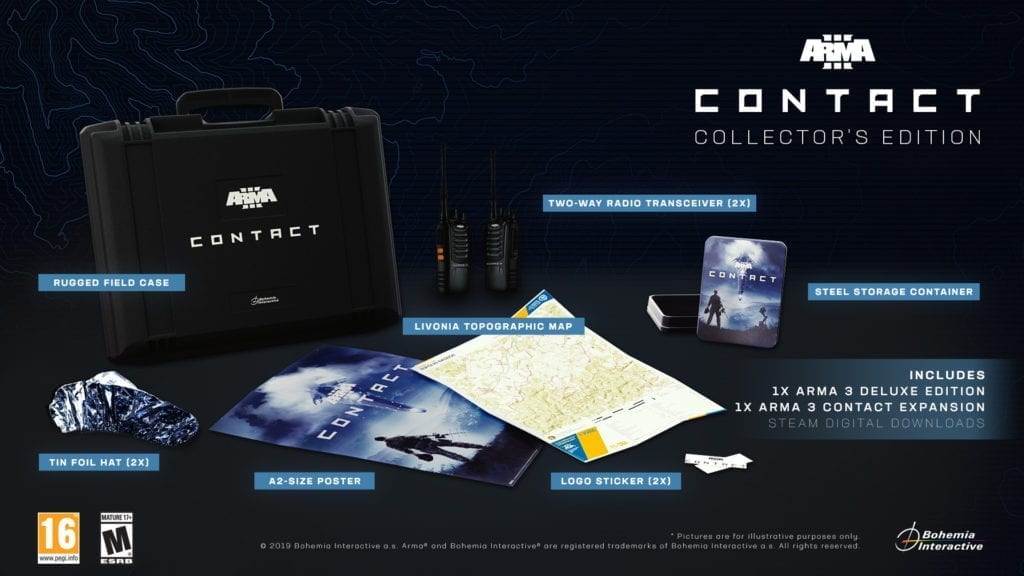 Gato Roboto, a ‘Meowtroidvania’ game, to launch May 30