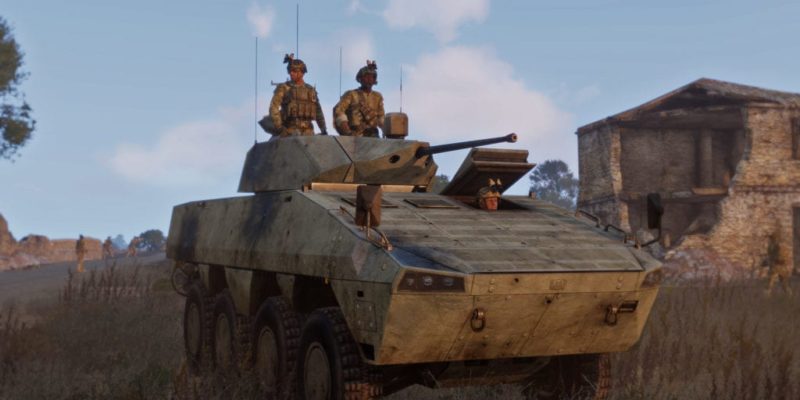 Arma 3 will be getting a new single player mission pack dubbed ‘Tac-Ops’ at the end of the month. Due for release on 30 November, Tac-Ops will include three different mini-campaigns.

These are the three operations. ‘Beyond Hope,’ which takes place nine years prior to the Arma 3 ‘East Wind’ conflict, as civil war rages through Altis and Stratis. Then there’s ‘Stepping Stone’ in which NATO forces are trying to secure the island of Malden during ‘East Wind’. Finally, you’ll be playing through ‘Steel Pegasus,’ featuring a daring NATO air assault to open a second front during the Altis invasion.

As tends to be the case with Arma 3’s mil-sim style missions, the activities in Tac-Ops will require “careful preparation, tactical movement and positioning, and skillful shooting.” You’ll also need to be able to adapt your strategy on the fly in response to changing circumstances. Bohemia Interactive say the missions will take over 8 hours to complete in total, suggesting 2-3 hours apiece.

The DLC already has a Steam page, and is priced at 10% off until release (when it’ll be $6.00 USD). Here are some screenshots from the missions pack.