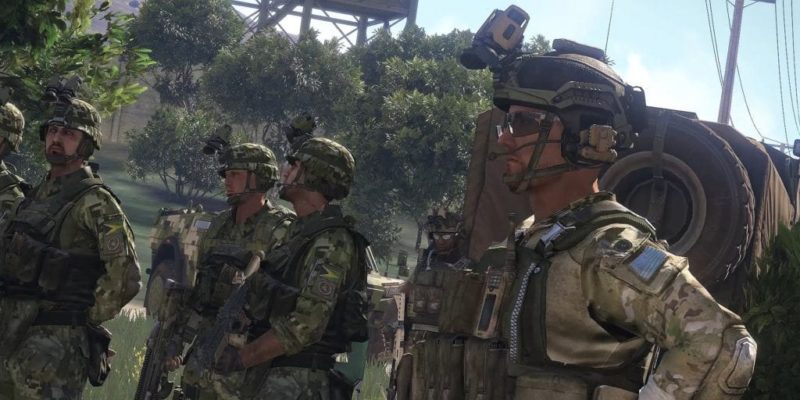 Bohemia Interactive have released their latest free update for Arma 3, which takes players back to Bootcamp.

The update, cleverly titled Arma 3 Bootcamp, includes single and multiplayer tutorials, a VR training environment, a Virtual Arsenal, refinements to the fatigue and weapon sway mechanics, and Addon integration into the Steam Workshop. Which is quite a lot of stuff.

The new single-player tutorial takes the form of a campaign, which introduces players to the basics of infantry combat. The multiplayer tutorials supports both trainees and instructors, and uses the Zeus mode to let players adjust challenges on the fly. The VR training lets players learn the ropes in a virtual world and practice without penalty, complete with a load of different training topics and contextual hints and tips. Finally, the Virtual Arsenal lets you cycle through and play with all sorts of in-game assets and custom settings, and even lets you export loadouts to scripts or to Zeus scenarios.

Then there are the refinements. Weapon sway and inertia mean that lighter, more compact firearms will have an advantage in aiming and turning – while you can turn as fast as you like, it’ll take some time before the crosshairs of the heavier weapons actually swing around to where you’re looking. Equally, while you can always run, your health and gear weight will impact how quickly you do so.

Finally finally, Arma 3 Bootcamp integrates more stuff into the Steam Workshop. Previously, you could only share Arma 3 scenarios; now, you’ll be able to share all sorts of addons, from weapons to vehicles and beyond. The first iteration of the Arma 3 Game Launcher is also out, which lets you organise mods and set start-up parameters for the game.

Whew. The Arma 3 Bootcamp update is free to all users and should automatically download on Steam, and you can see a video from it below.

By Kevin Foley38 mins ago
News