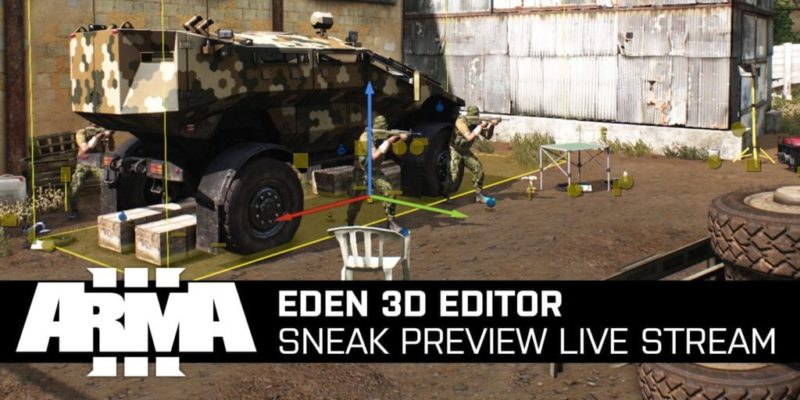 If you fancy putting together some missions in Arma 3’s upcoming Eden 3D editor, all you need to do is own the game and join the public dev branch on Steam.

You probably know how to do this by now, but if not: hop over to your Steam library, find Arma 3, open up “properties”, find the Betas tab and select the dev build from the drop-down menu. The game should update accordingly.

Doing that will allow you to use the Eden 3D editor, but the dev branch also comes with a bit of a warning. “This build of Arma 3 will be updated every day to test freshest developments, fixes, and additions. It is an experimental and largely untested version of Arma 3, which contains data directly from individual team members as they work. Sometimes a part of this version can be completely broken.”

If you want to wait for the official release of the editor, that’ll likely be in early 2016. It’ll be free to all Arma 3 players as part of an update.

To see Eden 3D in action over the course of a full hour, have a look at the video below. In it, Bohemia’s Jay Crowe and several other members of the Arma 3 team demonstrate the multitude of improvements and features Eden has over the old 2D editor.