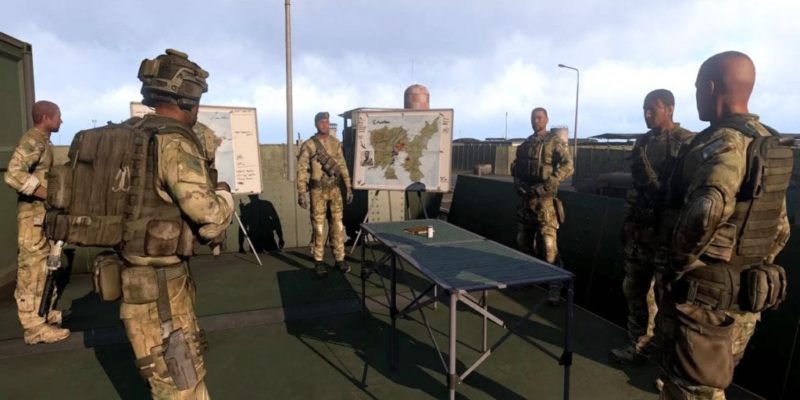 Bohemia Interactive have released the third and final episode of the Arma 3 campaign.

Simply titled “Win”, this episode concludes the story of NATO Peacekeeper Ben Kerry, who’s been stuck on the islands of Altis and Stratis for some time now. Win has the situation reach critical point and escalate further still… which I suppose means that Kerry hasn’t been doing a very good job of keeping the peace.

Win also adds a bunch of new stuff to Arma 3‘s sandbox. There’s the A-164 Wipeout and To-199 Neophron aircraft, the A-164 CAS jet (introduced via a new scenario), a Tempest supply truck that comes in a variety of different variants based on what needs transporting, and a few new points of interest added to the Altis map – like an athletics stadium, and a ghost hotel compound.

You can have a looksee at a trailer for Arma 3‘s Win episode below. It’s out now, and should automatically update on Steam for free if you own the game.