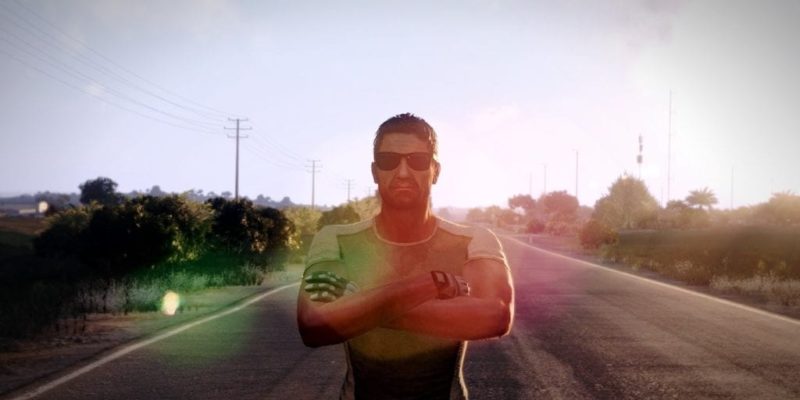 Watch out for red shells.

In an extensive blog post on the subject, Bohemia Interactive explains that they won’t want DLC releases to split the player-base as it does in other titles. For Arma 3, therefore, all DLC will be available to everyone, but with “reasonable restrictions” applied to those who haven’t actually bought it.

“Since that may sound rather vague on paper – and because we’re interested in gathering your reactions as you uncover them – we don’t want to detail each specific restriction just yet,” Bohemia says. Arma 3 Karts is a bit of an early experiment of the system, with details likely to morph and change as players react to them.

A specific helicopter-based example is given in the blog post on the subject, and in this case it seems players who don’t own the DLC will see a notification along the lines of “hey, this helicopter DLC is available.” You’d be able to try the chopper out in the editor, but only board it as a passenger and the single player scenario relating to that vehicle would be blocked off. In multiplayer, you’d be able to join a multiplayer scenario that uses the helicopter. Again, it looks like you’d receive notification about the DLC being available and only be able to board as a passenger.

It’ll presumably work in a similar way for Karts, and Bohemia wants to first see how players respond to the system with a smaller DLC release.

Arma 3 Karts costs £1.20 GBP and adds “a 20hp 4-stroke engine go-kart, several kart liveries, playable race driver and marshal game characters, new kart-racing Time Trials and Steam Achievements, plus various race objects to build your own racetracks” to the game. In addition, an as-yet undisclosed portion of total Kart sales will go to the Czech Red Cross. The actual amount will be announced in June.

The Wolf Among Us Episode 4: In Sheep’s Clothing Review

By Kevin Foley54 seconds ago
News