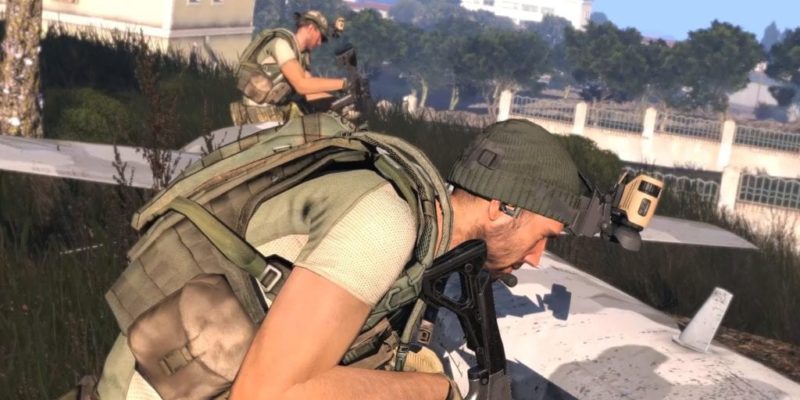 Nexus, the latest step on Bohemia’s Arma 3 update path towards the large ‘Apex’ expansion, has been released today. It adds two new variant scenarios to the ‘End Game’ multiplayer mode (itself added by the Arma 3 Marksmen DLC), new stamina and hitpoint systems, and the ability to set ‘mod dependencies’ to items uploaded to the Steam Workshop.

The two instances added to End Game are called Feres and Zaros, which, along with the “improved” Kavala scenario now make three in all. These scenarios range from “small-scale infantry engagements to more long-distance (vehicle) warfare” and involve 8v8 or 16v16 encounters. Arma 3’s Nexus update also adds a Spectator Cam (exactly what it sounds like), which Bohemia says is a modular system that can be applied to other community-created modes.

The new stamina system factors in load-outs and terrain, and is said to communicate a player’s ability to sprint (and aiming precision) a little better.

There’s also a refined hitpoint system that will increase the damage of shots made against unprotected parts of a soldier’s body. The video (below) demonstrates this with shots hitting on and around a protective vest.