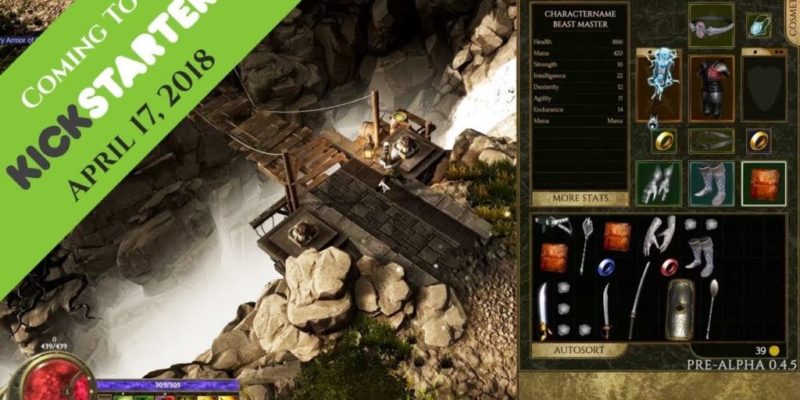 A new ARPG inspired by the Diablo series will be heading to Kickstarter in April. Called Last Epoch, it’s being created by Eleventh Hour Games which includes Judd Cobler who is a long-time member of the Diabloii.Net community.

The game promises everything you would expect to find in an ARPG. The team is adding deep lore, storytelling, skill trees for “infinite build crafting”, a “unique passive system”, loot with uniques, sets, and Legendaries, multiple end-game systems and continued development after release with new quests, acts, and zones.

For the past year, the team has been working on Last Epoch‘s core systems and they are now almost ready to push it into crowdfunding. Gamers interested in the game’s progress can also take a pre-alpha build of the game for a spin via a demo which can be accessed through their Discord channel. There is also more information on the website including different ways to follow the game’s development progress.

Last Epoch is expected to launch on Kickstarter on 17 April and the video below demonstrates the kind of gameplay players can expect. It’s looking quite tasty so far.

Play ‘Disc Jam’ for Free on Steam Until February 11