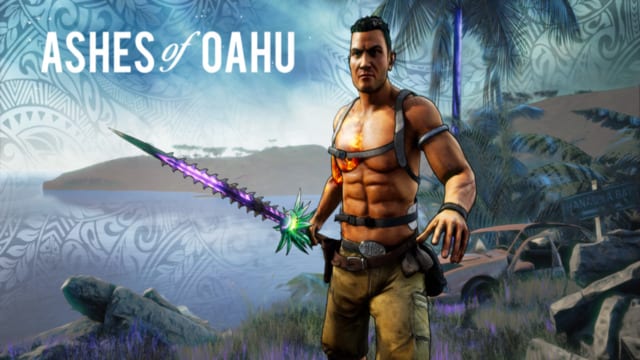 As we reported last week, Ashes of Oahu is due for release on Aug 29. However, the game is also out on Early Access today, for only three weeks. According to the Steam Early Access FAQ, the reason for this extremely short period is because the game has a lot of different paths that players can take. The developers need to check how people will choose some of these paths, which is hard for a five-person team. They reassure players that the quality of the game is the same as the final release, except it does require some larger-scale playtime to make sure everything will run smoothly.

There will be no price difference between the Early Access and the final version. If you were expecting to get a better deal for an Early Access version, you might as well get the final version on Aug 29. The only difference, according to the FAQ, is that the final version will include more endings, more encounters, more weapons, and more finely-tuned systems. The final release should also be a bit more polished, though open-world games tend to have some issues at release.

Ashes of Oahu: a Far Cry from Fallout?

Ashes of Oahu kind of looks like a cross between Far Cry 3 and Fallout 3, with a post-apocalyptic setting in Hawaii. It could even pass for a Fallout 3 mod if you were feeling generous. If not the whole mystical feature where you can shapeshift into a spirit-bird, it could pass as a typical, post-apocalyptic title. As an open-world action RPG, it’s almost guaranteed to be a bit messy, even as it goes through Early Access. That said, I do like the general concept of Ashes of Oahu. I might even give it a shot at some point.

What do you think of Ashes of Oahu? Is it worth picking up on Early Access? Leave your comments below and tell us your opinion!

Disintegration is a cyberpunk squad game with gravcycles

Ys VIII is free to play this weekend