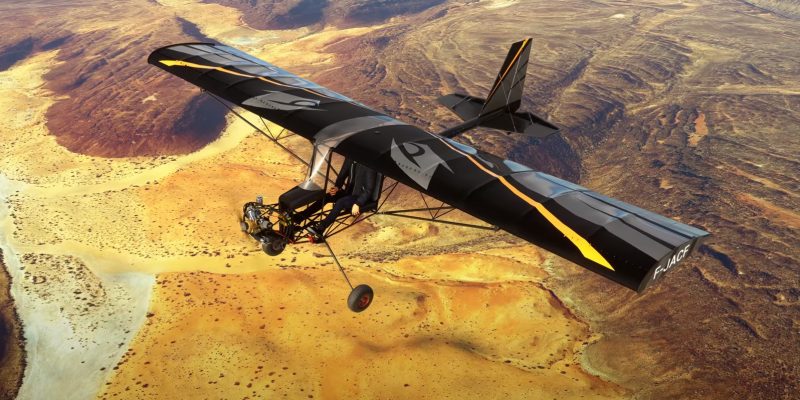 Asobo’s post-release support for Microsoft Flight Simulator has mostly involved world updates and patches for the sim. Now though, Asobo and Xbox Game Studios has released their first add-on aircraft since launch: the Top Rudder Solo 103. Not only is it the first-ever first-party add-on for the sim, but it’s also the first ultralight designed by the team for Microsoft Flight Simulator.

The Solo 103 is classified as a STOL aircraft, which is the acronym for “short take off and landing.” It’s pretty self-explanatory: you can take this thing off and land it just about anywhere. The Piper X Cub, which has been in the sim since launch, is in the same category. However, the Solo 103 is far smaller and lighter, thus making it even more versatile at flying in and out of very unconventional spots.

At a mere 254 pounds, the aircraft weighs about as much as two average humans (though it can only fit one, hence the name). It’s also incredibly simple; your car can beat it in a race, as it can only hit speeds of up to 63 mph.

While you certainly shouldn’t try to take this thing cross country, it is absolutely lovely to experience the freedom of flight basically like a bird. It thrives at low altitudes, gliding over wide-open spaces that have a lot of flat — or just slight, hilly terrain — to land on.

Since Microsoft Flight Simulator lacks any sort of season pass, you’re going to have to hand over $9.99 USD to Microsoft in order to access the ultralight aircraft. Unfortunately, this is regardless of which edition of the sim you purchased. That said, it just might be worth it if you want an even simpler machine to hop around in than a Skyhawk or a Cub.

On the far more complex end of the spectrum, Asobo and Aerosoft are currently hard at work on the ATR 42/72-600 turboprop aircraft, scheduled for release in 2022.