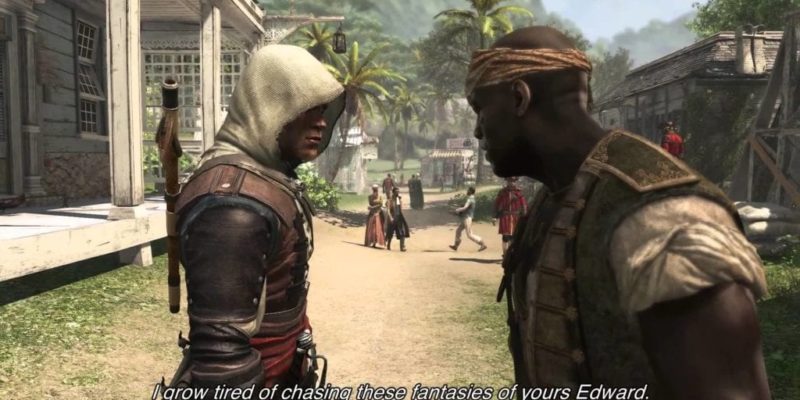 Not one of the pirates you’ll be meeting in single-player, methinks.

In case the previous 172 hours of Assassin’s Creed 4: Black Flag footage haven’t already told you everything you want to know about the game, Ubisoft have released a new trailer for the game. This one is bent on telling us all about some of the more prominent pirates we’ll be seeing in the game.

Narrated by Matt Ryan (protagonist Edward Kenway’s voice actor) this video will tell you all about some of the friends and foes you’ll be meeting in Assassin’s Creed 4, including Adewale, Blackbeard, Benjamin Hornigold, Stede Bonnet, Woodes Rogers, and more.

Check it out below. Assassin’s Creed 4: Black Flag is due out on current-gen consoles on 31 October but – as this is a Ubisoft game – there’s still no PC release date.