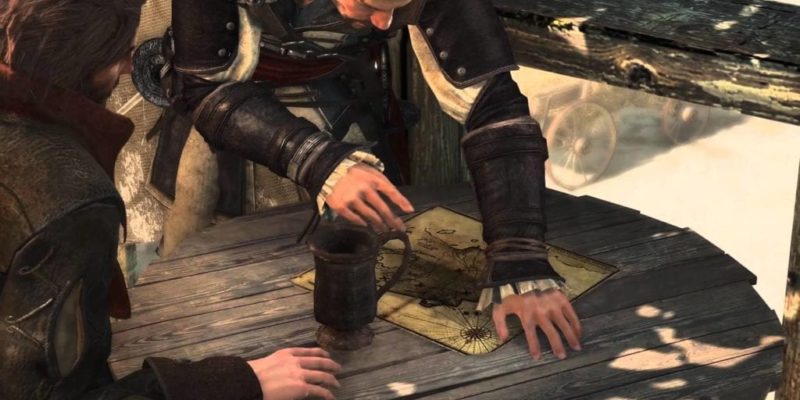 The voices behind three of the characters in Assassin’s Creed IV: Black Flag show their faces and talk about their characters in Ubisoft’s latest video for the game. Will it reveal striking new details about the game? Well, I learned that Edward Kenway is Welsh, so that’s something.

Matt Ryan (“Junkie 2” in Layer Cake, Mick Rawson in Criminal Minds: Suspect Behavior) provides the voice for Edward Kenway, and from what he says, our man Ed sounds more Ezio than Connor. Which is a very, very good thing.

Mark Bonnar (Casualty, Psychoville) plays Blackbeard. “I like the fact that nobody really knows who he was,” says Bonnar of Blackbeard, “other than the fact he was fucking terrifying.”

Finally, Ralph Ineson (The Office, A Game of Thrones, Harry Potter) gets to shout a lot as Charles Vane, who he describes as “a lunatic”, and “the most instinctive, and the baddest of the pirates.”

You can have a watch of the video below. Assassin’s Creed IV: Black Flag is due out on PC sometime in Q4 2014, probably around the November launches of the Xbox One and PlayStation 4 versions.