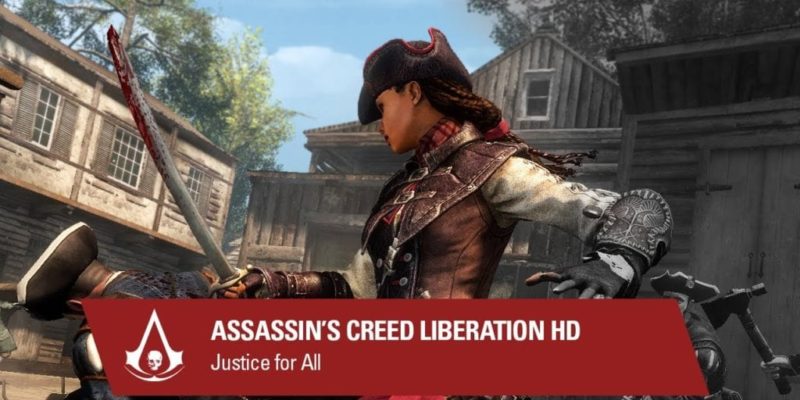 With today’s launch of Assassin’s Creed Liberation HD (£16.00 GBP,) we’ve had two slavery-themed Assassin’s Creed releases in a row. While Freedom Cry was DLC for ACIV, this one is an HD re-make of a previous Vita title that coincided with the third game in the series.

The upshot being, it has nicer graphics now and some gameplay changes to reflect the fact that it’s kind of hard to tap the back of your television or monitor to perform special actions.

In this launch trailer, we learn a little of protagonist Aveline’s history and see her doing what assassins in this series do best; killing random guards and hoping that promotes freedom. Liberation HD is out today.