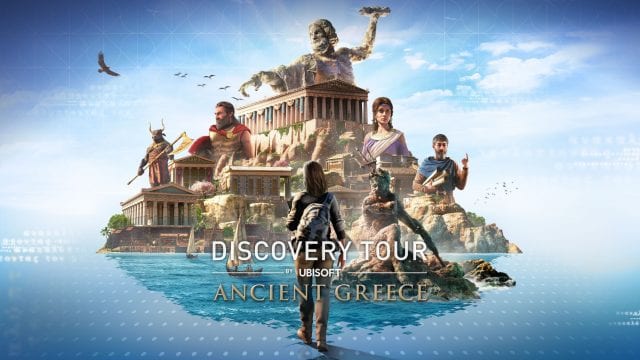 Ubisoft consulted with historians and classical experts for the development of this mode. There are five tour guides, based on historical characters — Aspasia, Barnabas, Markos, Herodotos, and Leonidas. You will be able to interact with more than 300 stations and 30 guided tours across 29 regions. The tours cover five different themes — philosophy, famous cities, daily life, war, and myths. After the completion of each tour you can test your knowledge with a quiz. Discovery Tour encourages exploration through 35 unique avatars and 15 mounts, which you can access as you progress through the objectives.

The update also includes a new episode of The Lost Tales of Greece. It is called Sokrates’ Trial, and players will have a chance to help out an old friend who has been arrested and awaits trial. You’ll have to figure out who is actually behind the arrest. The episode is also free to all owners of Assassin’s Creed Odyssey. All you have to do is reach Chapter 5 in the main questline.

Ubisoft also updated the Story Creator Mode, implementing new features and fixing bugs. Quest creators can now start a quest by eliminating a set target. And if you’re looking for some extra loot, Ubisoft also announced a new character pack, The Myrmidon Character Pack, containing a gear set, a mount, and a spear. It will release on Sept. 27. More information is available on the official website.

Anno 1800: Botanica DLC is now ripe for the picking