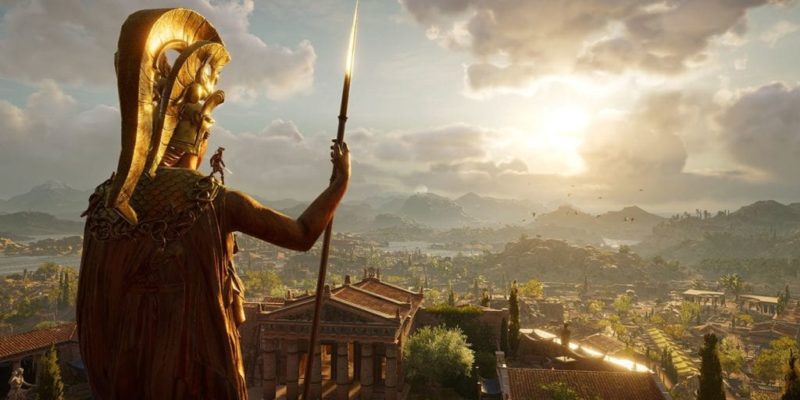 Assassin’s Creed Odyssey Discovery Tour: Ancient Greece, the educational romp around Ubisoft’s beautifully recreated Grecian world, will be available to those who currently own the game next week. Discovery Tour is a standalone mode where combat is turned off and the game’s difficultly is done away with so that those interested in exploring and learning about the world can do so unhindered. Starting next Tuesday, Sept. 10, players will have access to the free expansion that adds 30 interactive lessons about ancient life in the Mediterranean.

Discovery Tour: Ancient Greece is coming on Sep 10th!
Explore the world as a living museum through guided tours curated by historians and classical experts.

The Discovery Tour will be free for all Assassin's Creed Odyssey owners.#AssassinsCreed pic.twitter.com/Qfhpg2jwG6

Discovery Tour started back with Assassin’s Creed Origins and gave players a chance to learn about ancient Egypt. It includes guided tours teaching a range of topics about iconic landmarks to important people from that time. The mode can be purchased separately so educators and parents can use it as a tool to teach about the time period, which will also be possible with Discovery Tour: Ancient Greece.

In Odyssey‘s Discovery Tour: Ancient Greece, players will have a similar experience to Origins‘ tour, but this time we’ll be given a chance to learn about Greek culture, events, and mythology. Back when the mode was revealed at E3 2019, Ubisoft showed off one of the lessons that taught players about the coming-of-age process that Spartan children went through. They also showed some features new to Discovery Tour, which included giving players a quiz at the end of every section, so you best pay attention. Lessons will be guided by characters from Odyssey, such as Barnabas, Leonidus, and Herodotus. As you progress through the mode, you will unlock 35 avatars from Odyssey to play as and 15 horses to roam around with.

Let us know if you will be picking up Assassin’s Creed Odyssey Discovery Mode: Ancient Greece for some interactive education!

Grow your economy in X4: Foundations with the Split Vendetta expansion