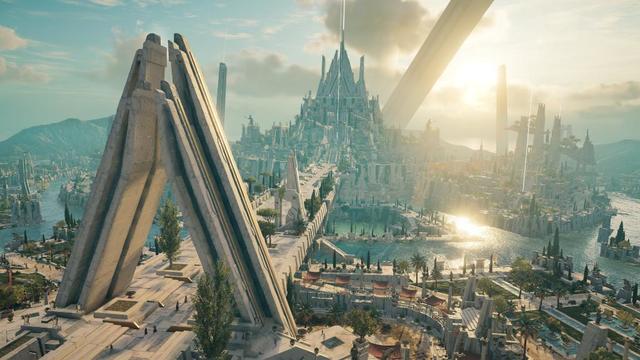 Ubisoft has just revealed the release date for the final DLC episode for Assassin’s Creed Odyssey, Judgment of Atlantis, which is part of The Fate of Atlantis expansion pack. Our review of the base game was very positive, and it looks like DLC episodes have been mostly well-received as well so far. The previous DLC, Torment of Hades, included some new abilities for players to experiment with. Hopefully, Ubisoft learned a bit from its missteps with the other expansion pack, Legacy of the First Blade, and The Fate of Atlantis finale will prove more respectful of player choice.

Judgment of Atlantis seems to be the last players will see in the massive world of Assassin’s Creed Odyssey. Earlier this year, we reported on some rumors for a new entry in the long-running series. We might see a new Assassin’s Creed title set in Ancient Rome, more specifically during the Roman Empire. According to the rumor, the title will be Assassin’s Creed Legion, and it will release in 2020. Whether or not this will still happen remains up in the air for now, though, as there were no announcements during Ubisoft’s panel at E3 2019.

While the Assassin’s Creed IP isn’t going anywhere and we’ll definitely see a new entry soon, fans just might have to make do with Assassin’s Creed Odyssey for the foreseeable future. There’s plenty to see and do in the base game, and the DLCs seem to be a worthwhile addition as well. There are also a few remasters coming out, such as Assassin’s Creed III. And who knows? Others might come soon.

Judgment of Atlantis releases on July 16. You can find out more information about The Fate of Atlantis expansion pack on the official website.

Have you tried any of the Assassin’s Creed Odyssey DLCs so far? What was your experience like? Did you feel undermined in your player choices? Drop your comments below! We’d love to hear what your impressions are.

[Updated] Fallout 76 player in his 70s had two heart attacks, community reached out to him