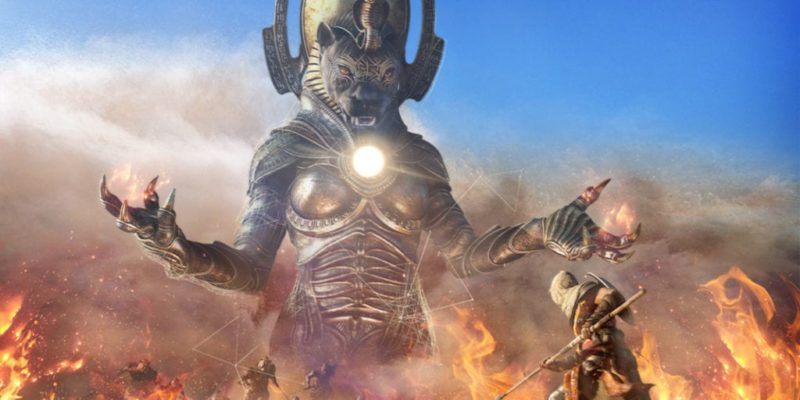 Ubisoft have spelled out what’s coming to Assassin’s Creed Origins in the month of December, which includes another patch. This will include a new difficulty mode, new quests, and another angry Egyptian god to fight.

The difficulty level has been dubbed ‘Nightmare’ which, as the name suggests, makes Assassin’s Creed Origins quite a bit harder. Looks like it will make enemies more resilient to damage and make them hit harder. There will also be a new option to toggle enemy scaling. When that’s on, the game will automatically scale lower ranked foes to your level. That means returning to lower level areas will be more of a challenge.

A ‘Horde Mode’ style quest will be added too. ‘Here Comes a New Challenger’ will be available in the Cyrene arena, for those who like to test themselves against endless waves of enemies. Level 32 and above is recommended. A second new quest will be added as well, but Ubisoft are keeping that a secret for now.

Meanwhile, in the Trials of the Gods, it’ll be time to face Sekhmet in December. The other two previous trials, Anubis and Sobek, will be returning too. So if you weren’t high enough level to face them the first time around, this is your second chance.

DOOM VFR can be played on the Oculus Rift