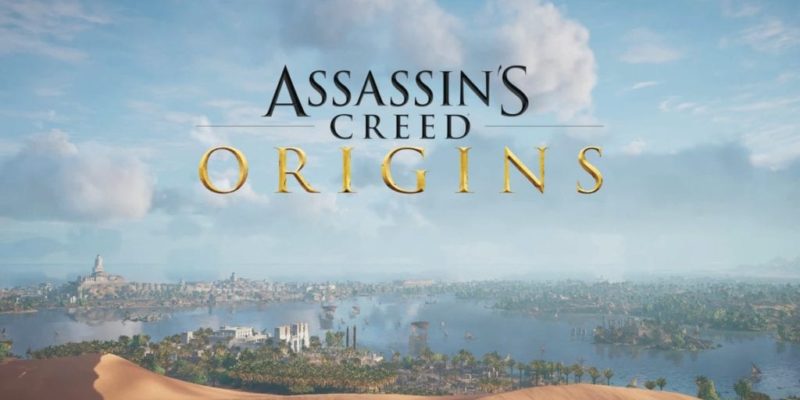 Assassin’s Creed Origins is the latest PC game to fall under suspicion for the impact its use of DRM (in this case a double layer of Denuvo and VMProtect) could be having on performance. Yesterday, Ubisoft issued an expected flat denial, stating on the Steam forums “The anti-tamper solutions implemented in the Windows PC version of Assassin’s Creed Origins have no perceptible effect on game performance.”

In these cases, your opinion on where the burden of proof must fall will probably vary. In denying any significant performance impact on Assassin’s Creed Origins from the DRM, Ubisoft offered only their word. Since they’re unlikely to shift from that stance, the onus at this point is going to be on external sources to prove their denial as false.

Suggestions about the DRM’s drain on performance have focused on VMProtect, which functions by making periodic ‘calls’ to the game in order to verify its authenticity. It is claimed that VMProtect’s calls use CPU resources (which seems likely, since it’s a thing running on your PC) and the sheer number of them in Assassin’s Creed Origins is gobbling up the CPU. Those allegations originated from the cracking community who (while clearly having their own agenda), are, by necessity, knowledgeable about the functions of DRM.

A screencap of a hex editor, showing VMProtect in use and making calls in Assassin’s Creed Origins has been provided as evidence. In addition, the person who took the image claims VMProtect is making calls every time the player moves in-game. 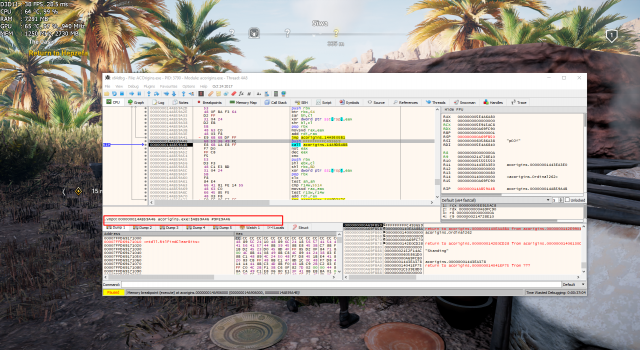 What’s lacking in either account is solid proof of magnitude and impact. For Ubisoft’s part, they’ve simply said their ‘’anti-tamper solutions’ (no names used) have “no perceptible effect”. The cracking community has shown VMProtect being used by the game, and claimed it is making ‘calls’ non-stop. Is that enough to chew through a significant percentage of CPU resources? The PCGamingWiki states that VMProtect “Negatively affects protected program’s performance” but, presumably due to a lack of data, doesn’t expand beyond that or indicate scope.

Ideally, we’d need a before and after comparison of Assassin’s Creed Origins running with and without any DRM. That’s not about to happen any time soon, because even in the event of the game being cracked that’ll probably just circumnavigate VMProtect, not remove it. It is possible to look at other games as case studies, however.

Something like RiME is perhaps the best recent example. It launched on PC with Denuvo and a host of performance problems. The DRM was removed at a later date. Unfortunately, even here, the pre and post reports seem to just be anecdotal. According to some players, load times dramatically improved. Performance boosts are harder to pin down, but do not appear to have been dramatic. That said, RiME used Denuvo alone, not the Denuvo and VMProtect combination in Origins.

This leaves frustratingly few things confirmed. Benchmarks show that Origins uses a great deal of CPU resources. I’m satisfied by the screencap proof that the game is using VMProtect as DRM. That will have some sort of performance impact, but pinning down where it falls between Ubisoft’s claim of negligible, and opposing claims of it being 20-40% of the CPU, seems impossible without more data.

Oof, right in the CPU.

The Anvil Engine used in Assassin’s Creed Origins is very CPU-intensive and has been since Unity, but whether that fully accounts for the issues people have been having is unclear. Comparisons to console performance somewhat support the CPU-heavy theory, since on (say) the original PS4, which has a weak AMD CPU (albeit one with 8 cores, something the game likes), Origins struggles to hold 30fps in intense spots like Alexandria. But those are not direct like-for-like comparisons, so they can only go so far.

Without better proof, specifically a clean before and after DRM comparison, this issue is going to remain frustratingly inconclusive. The ‘best case’ for Ubisoft is that Assassin’s Creed Origins is a CPU hog, even on modern and expensive PC hardware. Meanwhile, the extent of the DRM performance impact (particularly from VMProtect) remains an unknown quantity without more extensive data. If Ubisoft really want to shake that rumour, a more detailed response than a “nuh-uh!” on the Steam forums will be needed.