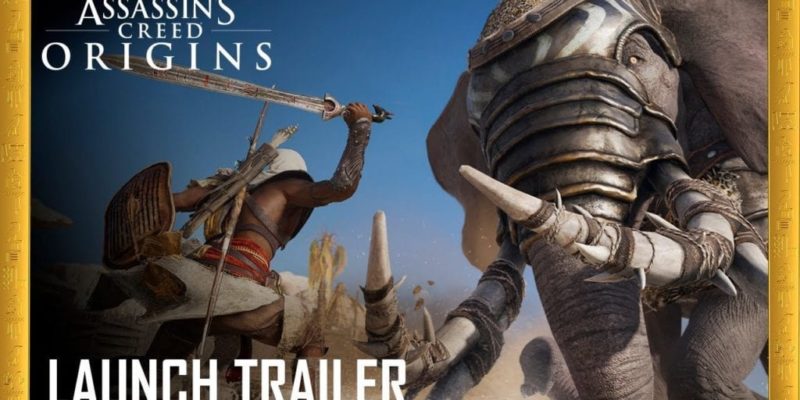 Ubisoft have released the preload and launch times for Assassin’s Creed Origins, which differ depending on platform, and (on PC) store. Since we’re obviously a PC site, we’ll stick to the PC details.

If you already bought the game (or do so ahead of release), a preload is available from 16.00 UTC on 24 October. That’s 09.00 PST, and noon EST. The preload is listed as available at the same time on Uplay and Steam.

However, the actual launch times on PC differ by storefront. Through Uplay, Assassin’s Creed Origins will be playable at 00.01 local time (just after midnight), on 27 October. Those regions which pass midnight first will be able to play the game first. Over on Steam, it will be released at the set time of 04.00 UTC, 27 October. That means it’ll be out on Steam at 21.00 PST the day before (26 October), and at midnight in the EST zone, and so on.

This seems a little unusual, since if it’s anything like previous Assassin’s Creed games the Steam version will just run through Uplay anyway.

The publisher has also provided a few details about a first day patch the game will be receiving (1.2GB on PC). This will apparently improve performance and stability, fine-tune the game balance, and rework the way Photo Mode is controlled. Another update is said to be scheduled for early November.