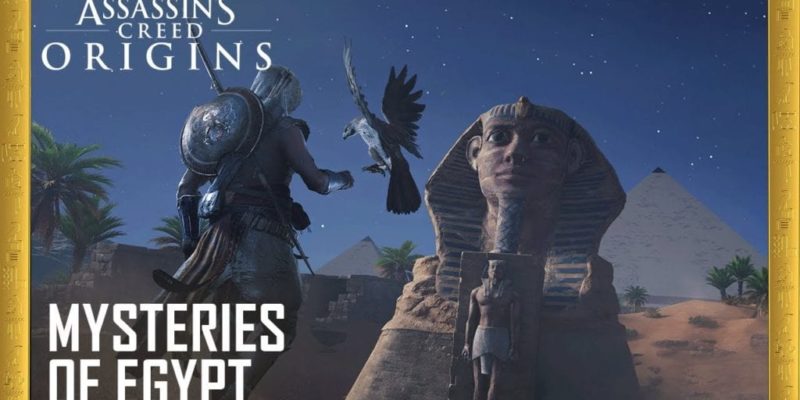 Ubisoft have put out another E3 2017 trailer for Assassin’s Creed: Origins at their press event. It’s mostly cinematic stuff, dubbed ‘The Mysteries of Egypt’.

It features 2017’s hottest videogame animal, the crocodile (also seen in Wolfenstein 2 last night, unless that was an alligator), and multiple other examples of Nile wildlife. There’s horse riding, pyramids, and all sorts.

At the event itself, Ubisoft talked about the challenges of taking the series back to the beginning with Ancient Egypt and made some more noises about this entry being a “reinvention” of many Assassin’s Creed features. Hopefully that proves to be the case, it could do with a shake-up. The Black Flag team are handling this one, so that should bode quite well.

There’s going to be a 30 minute live gameplay demo thing after the Ubisoft conference concludes, so that’ll probably reveal more pertinent details. Assassin’s Creed: Origins is coming out on 27 October. Update: The gameplay demo can be seen below too. If the video doesn’t start in the right place, skip to 2 hours 11 minutes for the beginning.