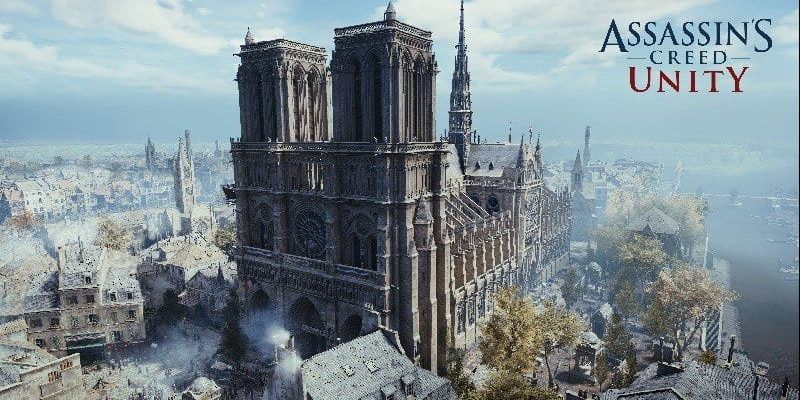 The biggest news heard round the world yesterday wasn’t about politics, or wars, or a zombie apocalypse. It was also not related to gaming. It was the fire which had engulfed the roof of the Notre-Dame de Paris, leading to the collapse of its spire. The moment has led to emotional reactions around the web, and many have pledged their support whether in prayer or material donation. That has also led Ubisoft to pledge their support of €500,000 to aid in the cathedral’s restoration. Oh, and not only that, they’ve made Assassin’s Creed Unity free for a week.

In solidarity with everyone moved by Monday's events we’re donating to the restoration of Notre-Dame & giving you the chance to play @AssassinsCreed Unity on Uplay for free.

If there ever was ever a Ubisoft game which truly captured the heart and soul of Paris, it would be Assassin’s Creed Unity. It seems almost poignant that the game’s subtitle — “Unity” — encapsulates how people have reacted regarding the historic landmark.

Originally constructed in 1160 and mostly completed a century later, Notre-Dame has become a fixture of French history and culture. It was where Napoleon was crowned emperor, over 600 years since its foundations were first laid out. It was also the setting of Victor Hugo’s celebrated novel, The Hunchback of Notre-Dame. The cathedral has always stood — a symbol of majestic architecture, religious fervor, and the passage of time. Yesterday’s incident proved that history can disappear all too easily, and that there will come a day when all we have left are memories and virtual representations.

Billionaire moguls and corporations have already pledged hundreds of millions of euros as part of the restoration efforts. Ubisoft is also doing their part. Maybe of the company’s games often had vivid depictions of locations around the globe. And, who knows, maybe Notre-Dame’s detailed recreation in the virtual world of Assassin’s Creed Unity might be of some help in its real-life restoration?

Regardless, Ubisoft has given fans of the franchise, and perhaps history in general, a means of marveling at the landmark. Assassin’s Creed Unity is free from today until April 25. You can register via Uplay for a free copy, or grab it directly from the site or launcher if you already have an account. The game isn’t just free-to-play for this week, you get to keep it forever as it’ll be added to your library.

Obsidian’s Canceled Alien Game Was Like A Terrifying Mass Effect