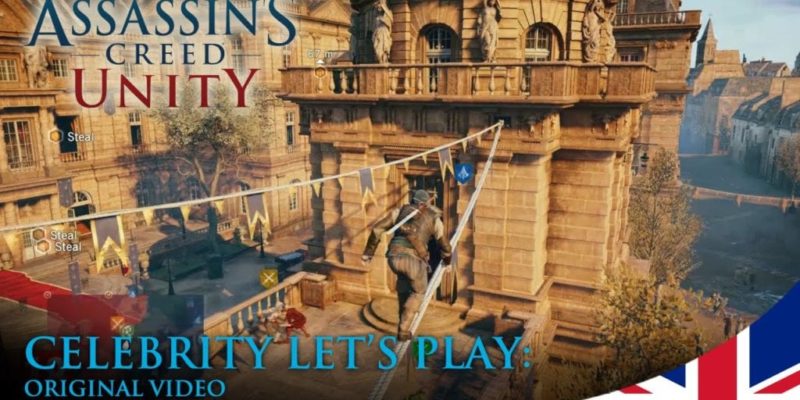 The impressions are about as realistic as the game’s rather British depiction of Napoleon.

Trailer number 17,348 for Assassin’s Creed Unity is a co-op video featuring a rather mixed set of celebrity impressions.

The trailer has David Attenborough, Alan Carr, Morgan Freeman, and Arnold Schwarzenegger playing Assassin’s Creed Unity in co-op. Although it’s obviously not actually them, and the joyfully rubbish impressions make that rather clear. This is a long way from Christopher Walkenthroughs – the Arnie impression sounds like something I’d do, and the Morgan Freeman impression is bad enough that it took me awhile to realise who it was meant to be.

Nonetheless, “realistic impressions of celebrities” isn’t really the point. “Showing off four-player co-op in a unique manner” is, and it definitely manages that! Which is quite impressive, thinking about it. I mean, if you think about how many Assassin’s Creed Unity trailers we’ve seen, the fact that Ubisoft have managed something a bit new is amazing.

Assassin’s Creed Unity is due out on 11 November. You can watch Not Arnie, Not Alan Carr, Not Morgan Freeman, and Not Attenborough playing it below.