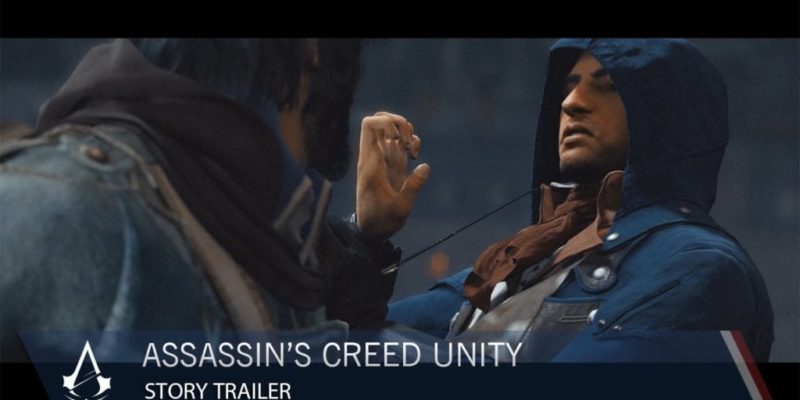 Yes yes, it’s because the Animus works like a Babel fish or something; except for all those times where it gave Italians sort of Italian accents. The way it works in Assassin’s Creed: Unity, apparently, is everybody just gets a British accent. As a British Person™ I should probably be pleased that it’s not just the baddies talking like me for once.

Anyway, Napoleon seems like a nice fellow in this new story trailer for the game. He’s unsure about Arno’s hood and looks a bit like a missing member of the Beatles, but he’s affable enough. That probably means he’ll betray you later. I have a hunch he’ll go a bit power-crazed and try to invade most of Europe, too. That’ll be later though.

Also appearing (briefly) in this video is the Marquis de Sade, revolutionary politician and sexual libertine.

In between those two famous faces there’s a lot of shouting about Brotherhoods, assassins leaping off buildings and a look at Arno’s rather sad backstory where his dad dies protecting liberty and stuff. Bad luck, Arno. Still, at least you have some plot motivation now.

Assassin’s Creed: Unity will be released on 11 November in the US and 13 November around Europe.