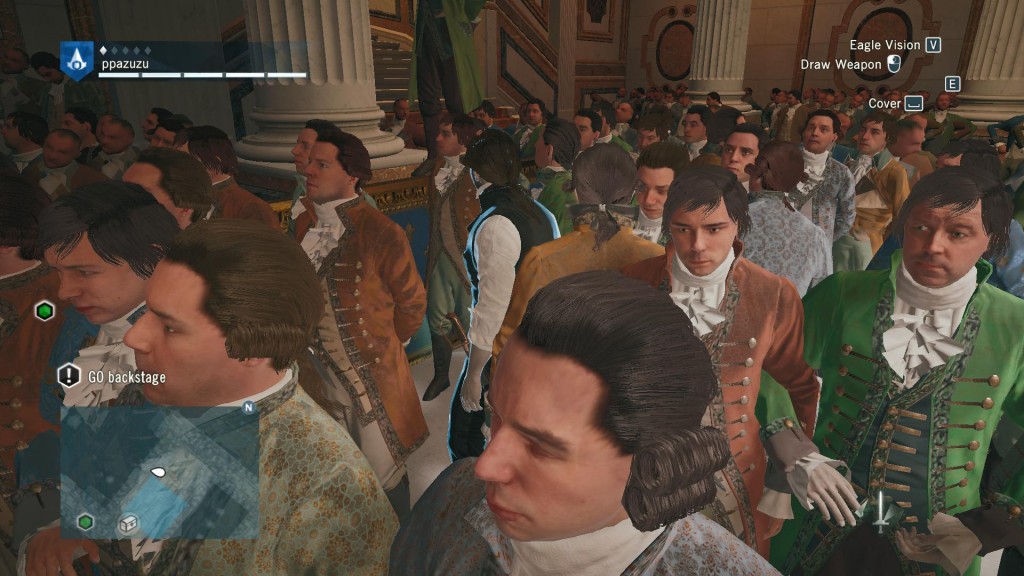 Crowds: not as much of a problem as you might think.

The performance issues in Assassin’s Creed: Unity apparently took Ubisoft by surprise; at least, that’s the line they’re taking in the latest patch blog update. This one should be of interest to most people, as it’s all about potential performance optimisation.

According to the blog, Ubisoft has “detected a distinct discrepancy between what we observed in the pre-launch versus post-launch environment. In spite of our testing, it looks like the instruction queue is becoming overloaded and impacting performance.”

Consequently, they’re investigating why this might be and promise to keep updating people with progress and “how quickly we can implement these fixes in the game in the weeks ahead.” Yep, weeks ahead. Assassin’s Creed: Unity isn’t going to be running smoothly any time soon.

The cynical amongst you might be thinking that actually they did know about all of this, but wanted to rush the game out for the lucrative Thanksgiving/pre-Christmas period anyway. We really have no way of knowing for sure.

Interestingly, the company has also taken a look at reducing crowd sizes and concluded that “it is not linked to this problem and does not improve frame rate, so we will be leaving crowds as they are.” That’s broadly concurrent with my own findings from the PC port, where large crowds would cause minor frame-rate dips, but didn’t seem to be causing the bulk of the problems.

In the nearer future (possibly for Patch 1.3/Patch 3,) this is what Ubisoft are looking at:

At this point there’s still no planned release date for that third patch. Ubisoft fancies there might be more updates on that matter “before the end of the week.”