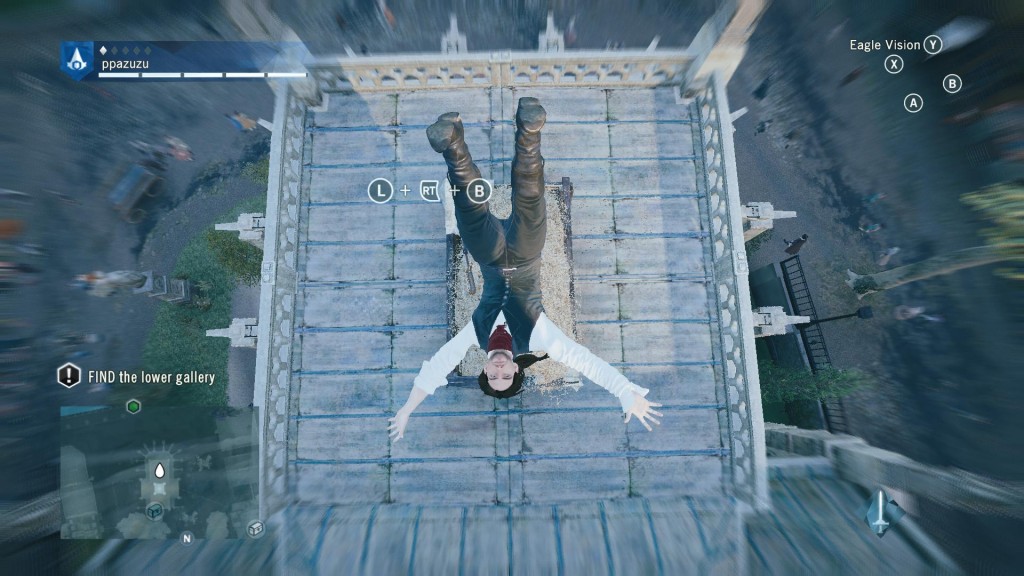 Tumbling towards a Patch 4 release.

If you’re wondering what’s happening with Patch 4 for Assassin’s Creed: Unity, the latest blog update from Ubisoft should provide (some of) the answers. The post says that Ubisoft are “still testing some fixes” for Patch 4 and to expect “a more detailed preview” of what will actually be in it next week.

While that means Patch 4 won’t be showing up in the immediate future, people hoping to play Assassin’s Creed: Unity at playable frame-rates (which is … most people, as far as I can tell) may be able to take heart from the statement that the next patch “should bring improvements to the framerate as well as additional fixes.”

What are those additional fixes? They are these ones:

After this summary, Ubisoft just throw caution to the wind entirely and say “we expect Patch 4 to rectify most of the remaining issues our players have been reporting.” That seems unlikely, but optimistic.

This new blog post also fields a couple of Season Pass related questions, namely about the freebie game owners of the Season Pass will now be entitled to. An update about how to claim said free game is promised “soon,” but apparently “we can tell you that we’re working on a web-based solution for submitting requests and distribution fulfillment.”

Enter the Gungeon is a gunfighting dungeon crawler due next year