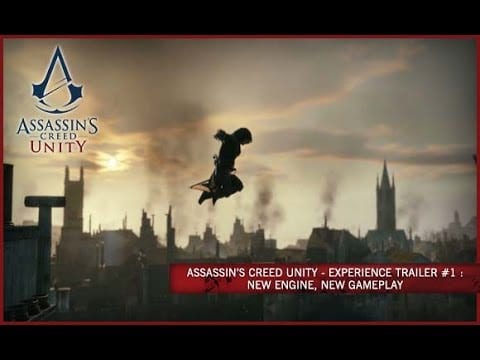 Is this the Animus in real life?

I’m not going to make another joke about Ubisoft releasing 20 billion trailers, because at this point it’s obvious. Let’s be honest, I’m complicit in this for posting them up as news in the first place. Assassin’s Creed: Unity has another one today, and it’s (mostly) about the new version of the Anvil engine.

You’ll be surprised to learn that the Ubisoft voiceover in the Ubisoft trailer for Ubisoft game Assassin’s Creed: Unity thinks this edition of the Ubisoft Anvil engine is the best one yet! There are a lot of words expended on things that can only be revealed to be true when people are playing the actual game, like “improved control mechanics” for the parkour sections or “better AI” for the combat bits.

Paris is looking pretty nice though, with landmarks a-plenty for protagonist Arno to go scampering up and down. But watch out for the section that implies a scene in a videogame can’t do proper drama without volumetric fog. The guy also uses the word “visceral” without irony towards the end and that just made me a bit sad.

In case you’ve not heard about Assassin’s Creed: Unity’s proposed improvements to things like stealth and the addition of co-op missions, this trailer will fill you in on that too. I want to believe all of this is going to be as wonderful as it says, I really do. But past experience has taught me to be very wary.

Assassin’s Creed: Unity is due in late October.