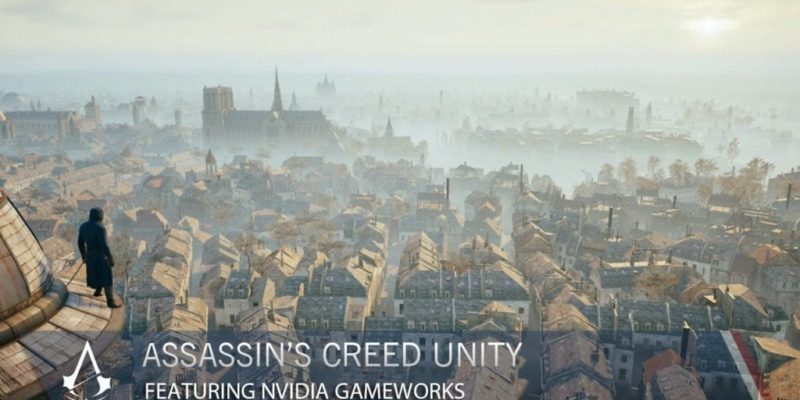 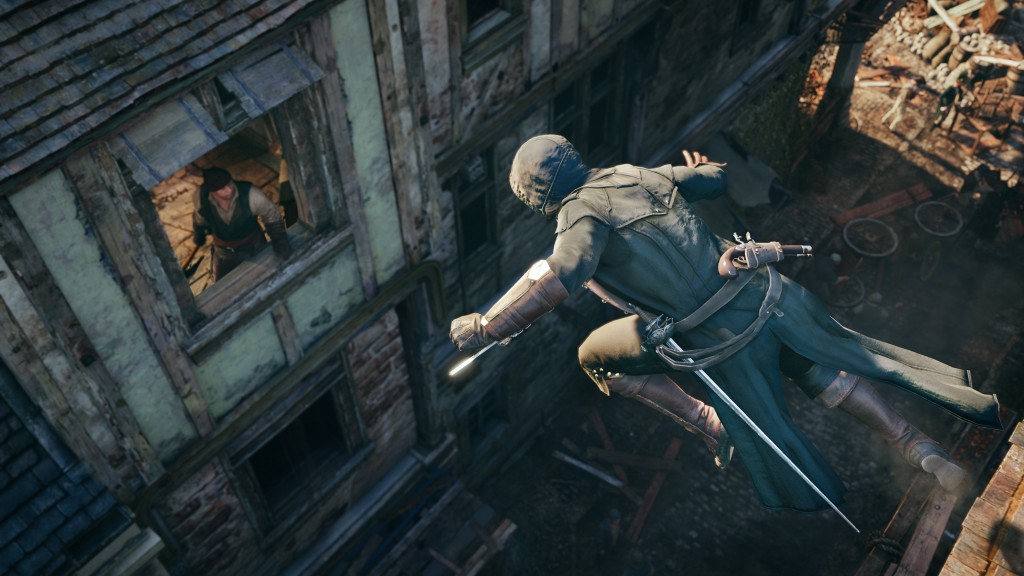 This artist’s impression depicts Ubisoft (represented by an Assassin) looking down on AMD. And possibly trying to kill them.

It’s mostly showing off fancy-looking scenes in slow-motion, and then “sliding” between having all the fancy effects on and off so that you can see what difference it makes. Some examples are HBAO+, TXAA, PCSS, DirectX Tessellation, Nvidia Shield support…

I’d be kinda surprised if those are all specifically locked to GeForce GTX cards, though. Okay, TXAA maybe, but I seem to recall that HBAO+ works on AMD cards too – just with a hefty performance hit, unless you have some sort of super-card.

Frankly, Assassin’s Creed Unity looks rather smashing even with these options turned off if this video is anything to go by, but if you absolutely demand the highest graphical quality then you’d probably better hope you have an Nvidia card. Which is basically the same situation as with Assassin’s Creed IV: Black Flag, I believe.

Assassin’s Creed Unity is due out on 11 November. We have yet to receive review code, but I believe our man Peter Parrish will be handling that one… and he has an AMD card, so he should be able to give a decent amount of detail as to how good it looks and how well it runs on a video card not being championed by the devs.