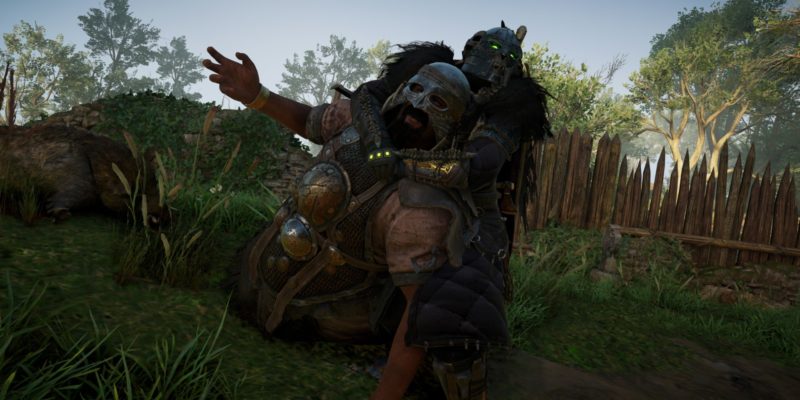 It’s time to discuss which combat skills to pick in Assassin’s Creed Valhalla. Although you’ll eventually amass a lot of skill points by leveling up, it’s still important to choose the combat skills that’d become helpful all throughout the campaign. Still, keep in mind that these are just my personal opinions on the matter based on my playstyle.

Advanced Assassination (raven/yellow) – While you’ll encounter lots of fodder, most battles will have several elite soldiers. They have advanced attacks and a regular assassination will only deal average damage. With this skill, you’ll see a reticle flash once you do an assassination. If you press “F” at the correct time (when you hit the yellow circle), the assassination will kill the elite/high-level opponent instead. This completely nullifies the power level difference in Assassin’s Creed Valhalla since this is an insta-kill maneuver.

Chain Assassination (raven/yellow) – After successfully assassinating your first target, you can throw your axe to instantly kill another one that’s nearby. If that next enemy is a high-level trooper, then the reticle/button press from Advanced Assassination will also work. 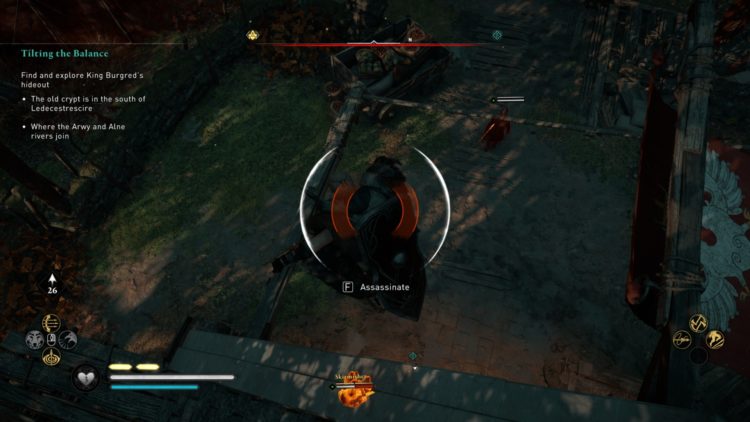 Brush With Death (raven/yellow) – If you’re like me and you love to dodge enemy blows, then this will slow down time, Matrix style when you successfully evade an attack before it lands.

Battleground Bolt (wolf/blue) – When enemies die, they’ll drop their weapons. This skill lets you throw them like a Hollywood action star. The weapon will either kill them outright, stagger them, or break their shield. 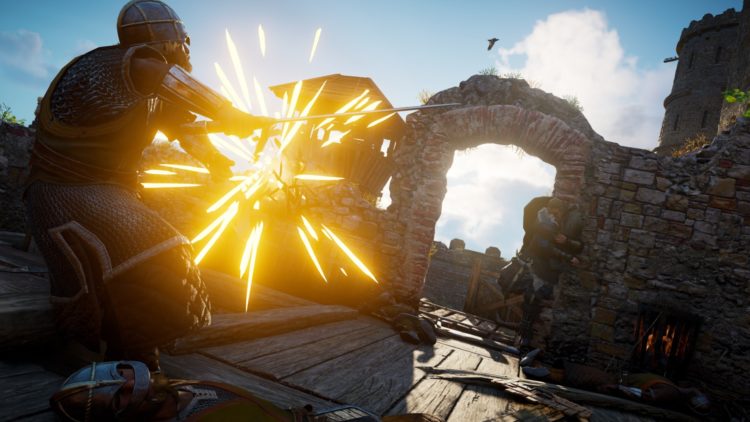 Stomp (bear/red) – This lets you stomp on an enemy that’s been knocked down. Given how often that happens, you can deal tremendous damage when necessary. 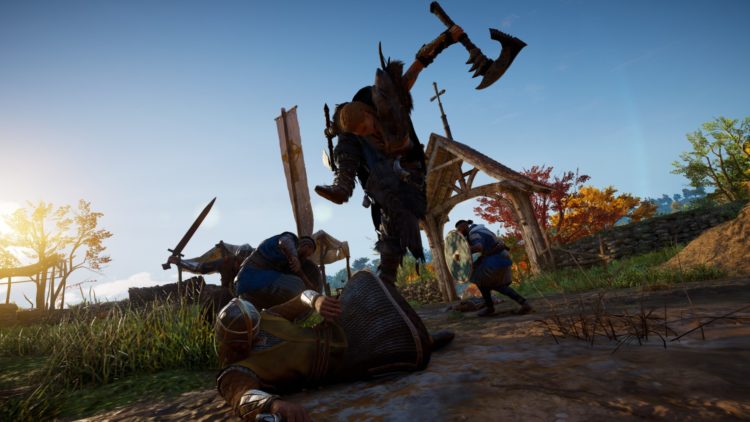 Perfect Attack (bear/red) – Your next hit after swinging your weapon does extra damage. This is good for those who love to button mash when comboing.

Backstab (raven/yellow) – In siege battles, opponents will often have their backs turned for that extra damage.

Sprint Attack (wolf/blue) – Sprint towards an opponent and attack to strike them down.

Last Chance Healing (wolf/blue) – When your HP is critical, time will slow down so you can quickly press that healing/rations button (“H”).

Adrenaline Fiend (bear/red) – As long as you have one adrenaline slot filled up, you’ll gain a damage and attack speed buff.

Adrenaline Upgrade (all types) – There are three of these nodes found in each specific section of the color/type of skill. You’ll get an extra adrenaline slot so you can cast your abilities more often. 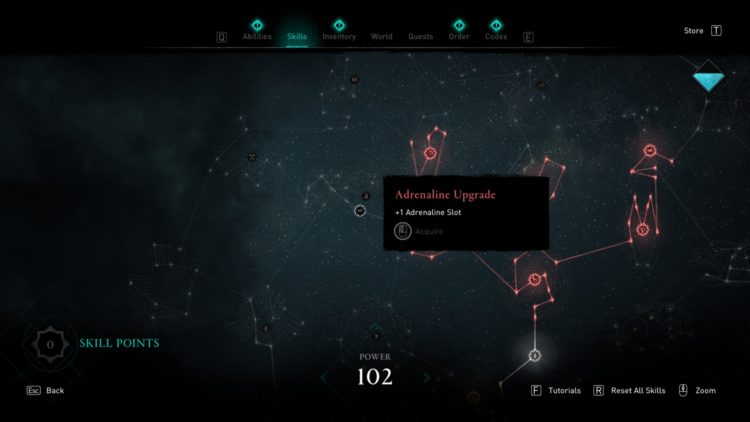 Parry Damage (bear/red) – This is a decent skill in Assassin’s Creed Valhalla. All you need to do is parry attacks (press “Q”) and the opponent loses a bit of health along with the drop in their defense.

Heavy Dual Wield (bear/red) – This lets you dual-wield heavy/two-handed weapons (i.e., one spear and one claymore), or even two shields. 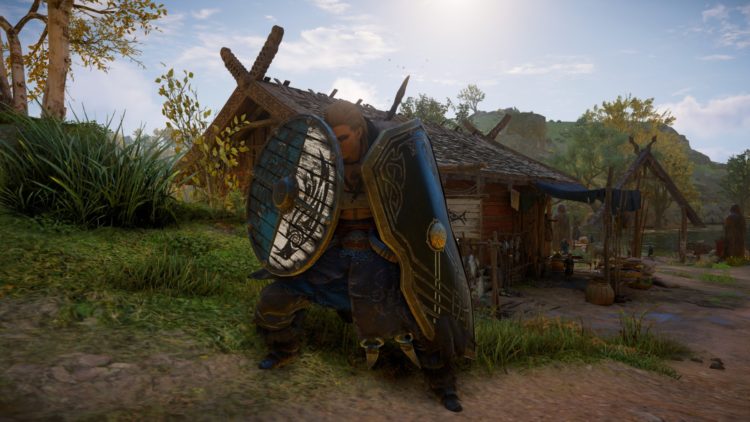 Auto Loot (raven/yellow) – It’s a passive that lets Eivor pick up loot when you kill enemies via a melee attack or assassination. This really helps so you don’t worry about missing out on loot. Just remember that this does not work on enemies killed with finishers when they’re stunned.

Miasma (raven/yellow) – If you’re using an ability that coats your weapon with poison, or you’re using the Mournful Cry mythical hammer from the in-game store, then this is a decent skill to have. If an enemy dies to your poison, a toxic cloud will emanate from the corpse and affect others nearby. Beware, though, because this can cause a “desync/game over” too. If the poison affects a civilian, it can spread to other NPCs and kill them in seconds. 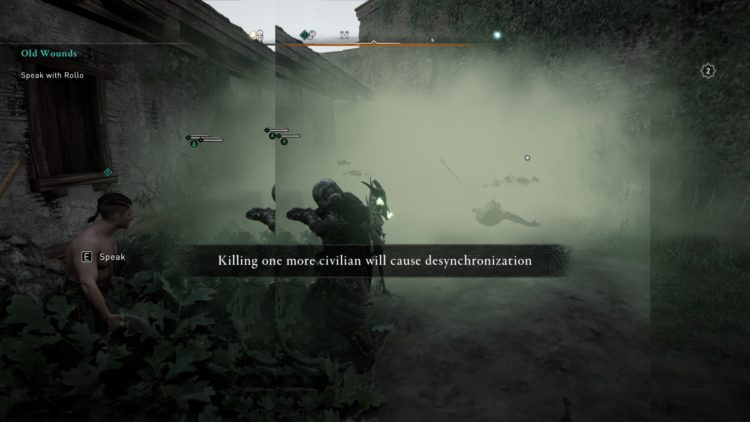