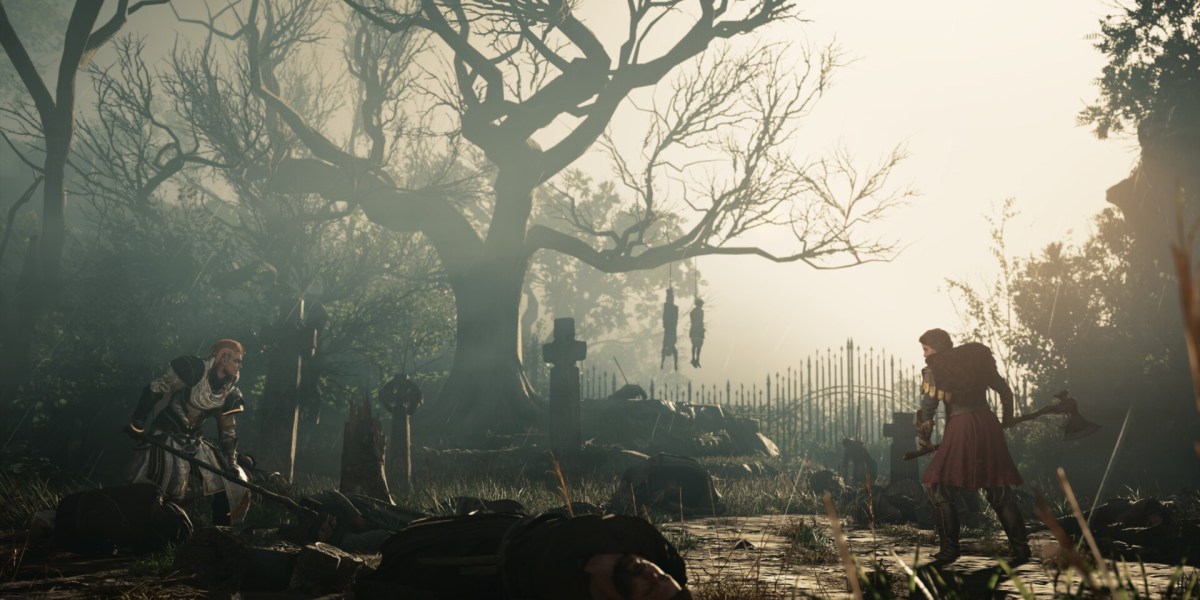 Your longship will dock in an area called Brother’s Point. From here, you’ll see various locations in the Isle of Skye, though you do need to explore a bit to see other points of interest. You can refer to our full map of the region to see the opals and other collectibles.

The initial goal is to head to the village of Kiltaraglen to the south. The longhouse there should be unlocked by default, so you can fast travel.

Upon arrival, look around the town and Eivor will talk about the people suffering from nightmares. Use your Odin Sight to see NPCs with a green outline. Talk to them and they’ll tell you of a warrior with a braid. 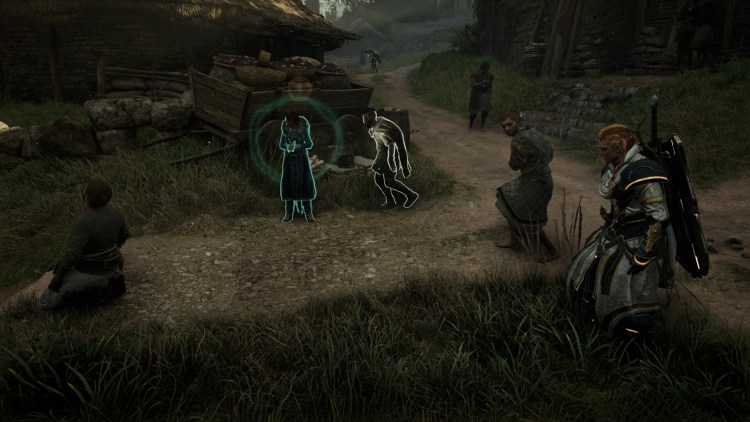 Make your way to the marked location and you’ll find yourself in the Cursed Church. There, Eivor will find someone who looks like Randvi… but it’s actually Kassandra from Assassin’s Creed Odyssey. After obtaining the Staff of Hermes Trismegistus, Kassandra (the previous game’s canon character), has been gifted with immortality.

Eivor doesn’t know that yet, and the two end up fighting. Personally, the Eivor and Kassandra duel might be one of the most epic cutscenes in Assassin’s Creed Valhalla. I do think it’s a treat for fans of both characters. You’ll see their signature moves and even moments where they’d try to stab each other with their Hidden Blades. 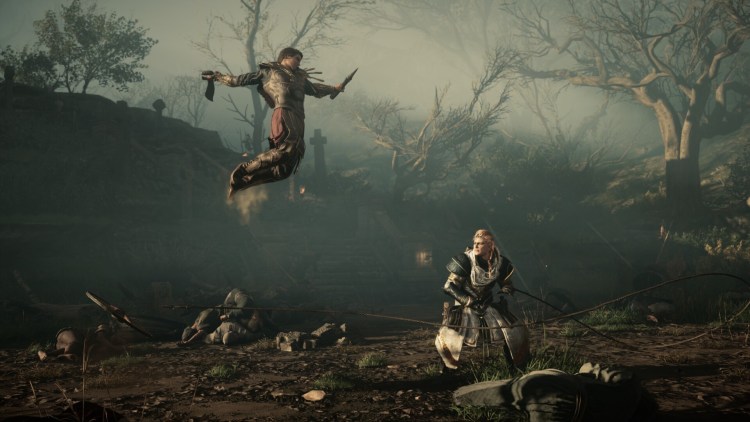 After the bout, you can agree to help Kassandra lift the fog in the area. Head up the stone steps and interact with the door so Kassandra can help you.

Then, inside the church, shoot the winch to destroy the barrier on the floor. 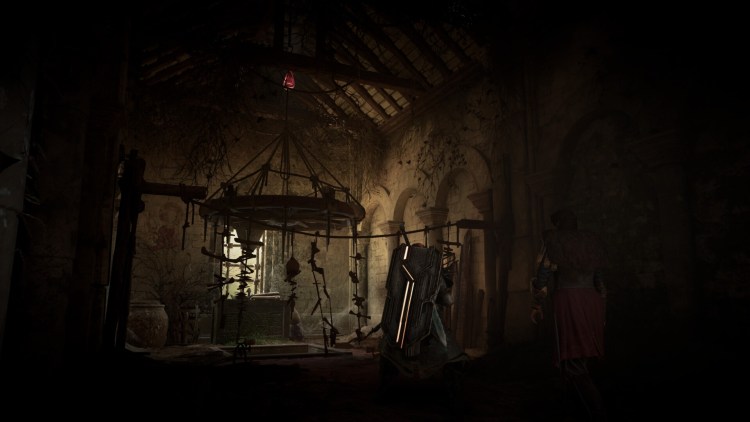 In the underground chamber, you’ll notice a barricaded wall. You’ll need an explosive to destroy it: 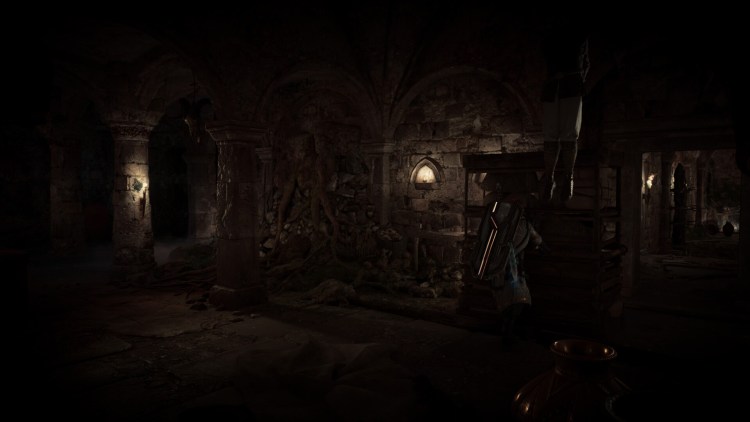 Once inside, you’ll see a cursed symbol. Shoot it to clear the fog (this also counts as an Artifact collectible).

When you’re done, exit the cavern and fight the deranged villagers outside. It looks like the nightmares have driven them mad. 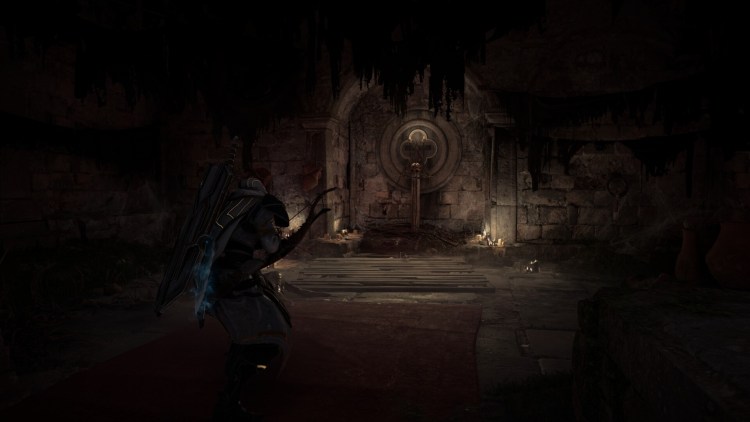 Talk to Kassandra again to complete the first part of A Fated Encounter in Assassin’s Creed Valhalla. She tells you about a particular artifact, one that’s gotten Eivor curious. Up next, you’ll need to solve the Fairy Glen puzzle. 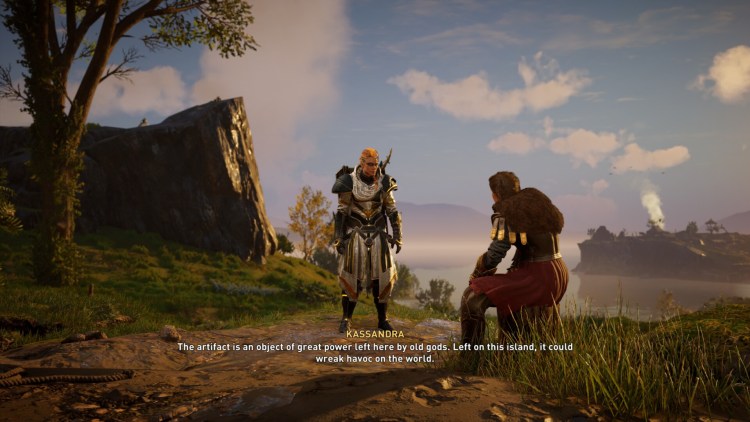 Assassin’s Creed Valhalla is available via Ubisoft’s website. For more information, check out our guides and features hub.

By Sam Robins15 mins ago
Guides

Hogwarts Legacy: How to Get the Elder Wood Wand

Diablo III: How to craft the Staff of Herding – Guide

By Leo Gillick1 hour ago
Guides

Hogwarts Legacy: How to get Gryffindor in Wizarding World