Royal Demands are sidequests that you can do in Assassin’s Creed Valhalla: Wrath of the Druids. You’ll be tasked to do some of these as part of the main quest. However, you’ll probably want to complete more since you can get resources for your Trade Posts and Overseas Trading opportunities. There are even “King’s Pleas” that drastically alter your approach. Here’s our Assassin’s Creed Valhalla: Wrath of the Druids guide to help you complete Royal Demands and King’s Pleas.

Note: For more information, you can check out our Assassin’s Creed Valhalla guides and features hubs for the base game and the expansion.

Royal Demands are accessed via pigeon coops that you’ll find in various parts of Ireland’s map. Some of these are in Trade Posts while others are in locations that you’ll visit during the campaign. Meath, Connacht, and Ulster will have three Royal Demands each, and Dublin itself has the sidequests for Meath too.

As you mouse over each one, you’ll see the rewards that you can get. These include Trade Post supplies, clothing, texts, delicacies, and jewelry. Once you’ve clicked on these, they’re marked on the world map. In a way, these are your usual “kill ‘X’ targets” affair. Just head to the location, eliminate the target, and examine them to confirm the kill. Note that assassinations automatically confirm the kill.

To finish the sidequest, simply leave the area until you see the rewards pop up. Now, that’s just if you want to have a straightforward run. But, there are some King’s Pleas that you can complete. Think of these as optional objectives that net you extra rewards. Still, they can be quite a challenge if you’re not prepared and they’ll definitely change how you approach the encounters.

Here are some examples that you can accomplish while killing the targets:

Note 1: If you fail a King’s Plea objective, you’ll still receive the default amount of rewards.

Note 2: If you check the Trade Posts in Drumlish (Meath), Athlone (Connacht), and Dysert (Ulster), you can upgrade the Raider Tents by using supplies. Doing so will provide bonus rewards when you complete Royal Demands in their respective regions. 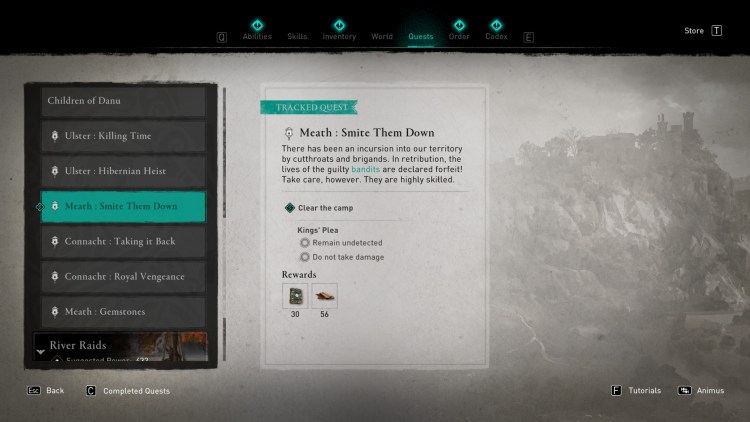 By Mike Straw22 hours ago
Guides