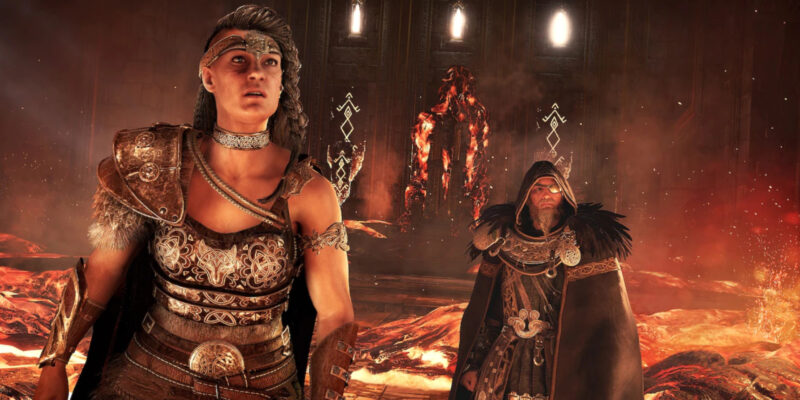 Earlier today, Ubisoft announced the latest expansion planned for Assassin’s Creed Valhalla, titled Dawn of Ragnarok. This new DLC will see players encounter Norse gods and take on the role of Odin as war rages across Svartalfheim. This is poised to be the most ambitious expansion for the series yet, and will release on March 10, 2022.

This kind of expansion shouldn’t be too much of a surprise for fans of the previous Assassin’s Creed installments. They also had post-launch content that explored the mythologies of their respective periods, offering up new lands to explore and a much-welcomed change of pace for players. This expansion is gearing up to be similar to those in many ways.

Do gods really sneak around?

This second expansion will kick off another year of content coming to Assassin’s Creed Valhalla, following The Siege of Paris. While that storyline centered on Eivor and their journey exploring England and France, Assassin’s Creed Valhalla: Dawn of Ragnarok will focus on Odin. Flashbacks and optional side content in the main game featuring the god.

In this new storyline, Odin’s son, Baldr is being held captive by Surtr, an incredibly strong fire giant. Odin will have to travel through the dwarven realm of Svartalfheim to save his son from an unfortunate demise. It’s a simple rescue mission, but with a few more axes and godlike powers. While we don’t know exactly what to expect from this expansion, Ubisoft is saying that this is the most grandiose one yet.

The crossover storyline will launch on December 14 for free.