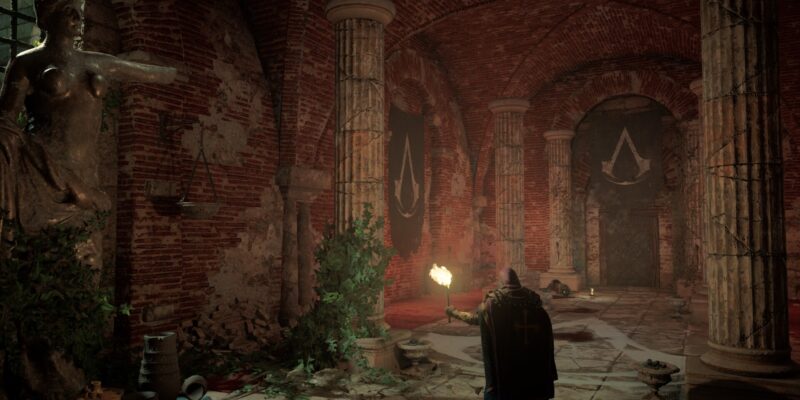 The Hidden Ones had a presence in Francia for some time until they left the region. However, they did leave some clues, and you might find goodies while looking for them. Here’s our Assassin’s Creed Valhalla: The Siege of Paris Hidden Ones Bureau guide to help you find all the keys to acquire Joyeuse, the legendary sword of Charlemagne.

Assassin’s Creed Valhalla: The Siege of Paris – Hidden Ones Bureau and Joyeuse guide

Once you reach Sigfred’s Forward Camp as part of the campaign in Assassin’s Creed Valhalla: The Siege of Paris, you’ll spot a letter on the table. It seems that this was written by Pierre as he was looking for new campgrounds for the group. He saw a door that can’t be opened, and markings with a strange symbol.

Reading the letter unlocks a quest called “Hidden.” Now, if you head to this area west of Paris’ slums, you’ll find ruins from Roman times. There’s an opening here that leads to a cistern and the entrance to the Hidden Ones Lutetia Bureau (the city of Paris was once called “Lutetia Parisiorum” by the Romans, so named after the Parisii Gallic tribe).

Anyway, if you inspect the dead guard, you’ll learn that the Bellatores Dei have been sending soldiers to find keys that could unlock the door. These are located in three areas which you can refer to in the pages below:

Note 1: As long as you’re tracking the “Hidden” quest, the locations of these ruins will always be shown on your world map. 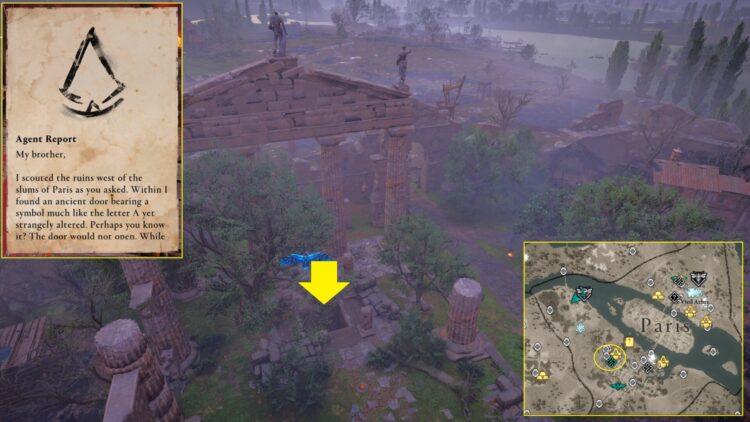