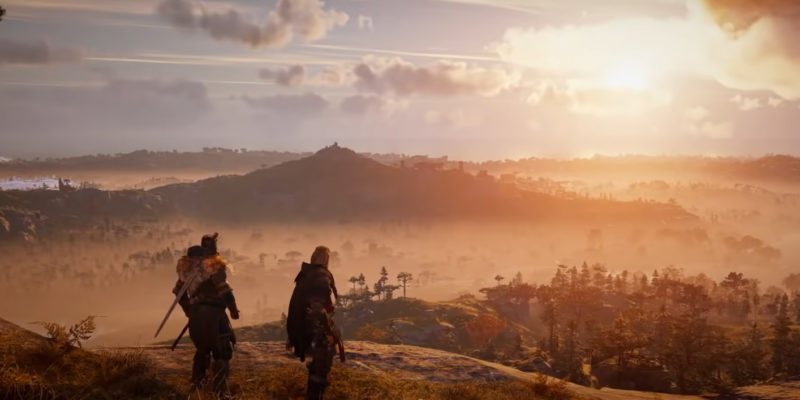 As you continue to gear up for the accelerated November 10 release date of Assassin’s Creed Valhalla, you might want to check out the latest story trailer from Ubisoft. We learned a lot about the game during Ubisoft’s first Forward livestream event over the summer, but the latest trailer sums things up nicely in about two and half minutes. It also offers a few new details to wrap your head around without revealing too much.

Those who are curious about how this game will tie into the main series will finally see the oft-antagonistic Templars, if only for a moment. One of the characters also notes an interesting detail about Eivor. Meanwhile a mysterious, but recognizable character shows up. In truth, this trailer raises more questions than providing solid answers. That may be exactly what you want to get further hyped.

Going through the motions

As previously mentioned, the new story trailer for Assassin’s Creed Valhalla is largely just a recollection of all of the information we’ve heard from Ubisoft before. The trailer reviews several of the prominent factions in Britain that Eivor will face. It also highlights all of the defining aspects of the game. If you’ve closely followed the previews, you should remember the longship raiding parties, castle sieges, and RPG elements.

Ubisoft also drops a reminder that this game takes a few cues from The Witcher, and has plenty of casual elements for relaxation. You drink and have rap battles with the boys, and you can also fish and scavenge health consumables in the wild. You can also engage in battles with mythical creatures and fight mystical foes. 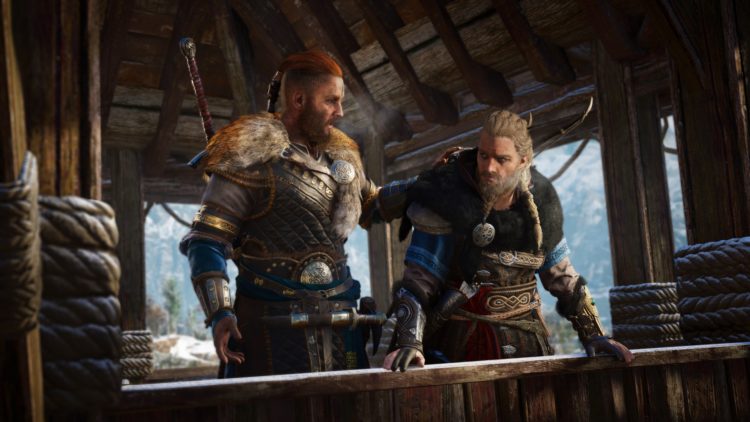 We also hear from the mouths of the characters about how they wish to avoid a war with their own people. The dilemma forces Sigurd to venture out and find a new home for their Viking clan, and he finds it in Norway. Sigurd speaks of this opportunity upon his return to Norway, and Eivor vows to follow him along with the rest of the clan.

However, the trailer doesn’t just jump to Britain after those brief events. Things are never so simple in Assassin’s Creed. A mysterious stranger in the garb of Assassin’s robes has returned with Sigurd. Randvi, Sigurd’s wife, calls him a ”new friend.” The trailer also reveals an Assassin’s hidden blade, which is given to Eivor as a gift. What you may not immediately notice in this trailer though, is that Sigurd calls Eivor an orphan and a sibling. It seems like a strange thing to say, though it could be significant given the emphasis on bloodlines in the series. Eivor may be related to members of the Assassin Order after all. 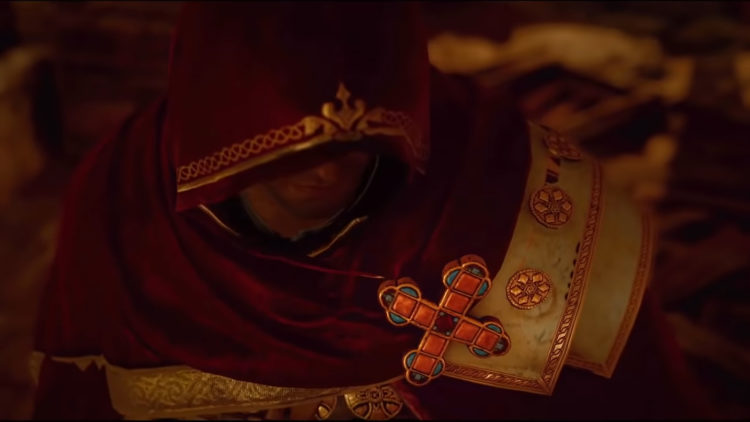 Likewise, we know that where there are Assassins, there are Templars. We can see one in this trailer, which is no doubt up to some plot to gain power an influence. Furthermore, we can see him worshipping what appears to be a Pagan god. It’s a bit of a paradox, given that he is a Templar, after all. The Templars of Assassin’s Creed have never related that much to the real historical order anyways though. Whatever the unnamed villain is up to though, you can bet your paths intertwine. Bet on Sigurd’s “new friend” having something to do with that as well.