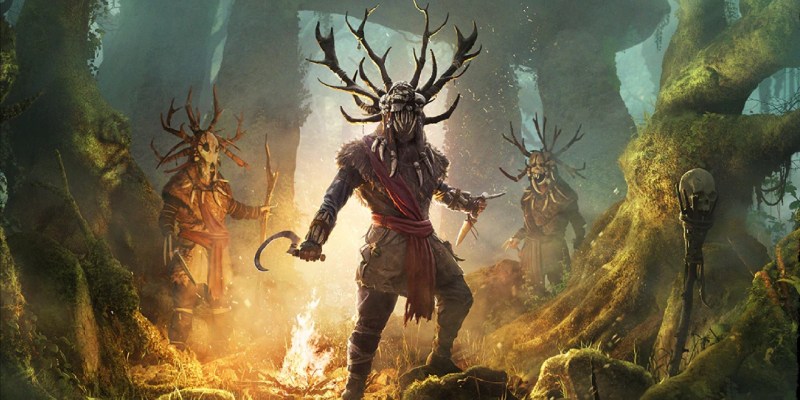 Assassin’s Creed Valhalla: Wrath of the Druids presents a new chapter that sees Eivor journeying to Ireland. There, you’ll meet cousin Barid who has become the King of Dublin. Well, he’s more like a petty king because the actual High King, Flann Sinna, is his overlord. Unfortunately, sinister plots will turn the lush countryside into a battleground and Eivor will have to eliminate multiple threats. Here’s our Assassin’s Creed Valhalla: Wrath of the Druids guides and features hub to help you out.

Note: Wrath of the Druids is the first expansion for Assassin’s Creed Valhalla. You can also check out our guides and features hub for the base game.

Official review – You can explore large parts of Ireland while helping Barid, Flann Sinna, and the bard Ciara. That means you’ll spend more hours as Eivor, hunting foes and grabbing collectibles. Still, is this expansion worth your while?

New weapons and armor sets – Naturally, these locations have armor sets and weapons that you can obtain. These include Celtic Armor and Druidic Armor.

Trade Posts and Overseas Trading – Part of the core gameplay loop in Assassin’s Creed Valhalla: Wrath of the Druids is claiming new trade posts. Once you do this, you can amass resources and upgrade certain functions. In turn, you’ll be able to engage in overseas trading through the merchant Azar. You’ll receive rewards such as armor sets, weaponry, and cosmetics that follow a certain theme (i.e., Byzantine Greek designs).

Royal Demands and King’s Pleas – There are areas that have pigeon coops. These allow you to pick up sidequests depending on the region. You can earn more resources, and completing optional King’s Pleas objectives will even grant you bigger boons.

Trial of the Morrigan – Six locations in the game world allow you to battle druids. They’ll use firebombs, wild animals, and hallucinogenic concoctions.

Children of the Danu – Members of this druidic cult need to be eliminated.

Defeating the final boss – The final bout at the end of the campaign is actually a multi-phase encounter.

Assassin’s Creed Valhalla: Wrath of the Druids is available via the official store page. For more information, check out our guides and features hubs for the base game.

Assassin’s Creed Valhalla: Wrath of the Druids — How to defeat the final boss

How to Fix Mic Not Working in Warzone 2

By Cameron Woolsey24 hours ago
Guides