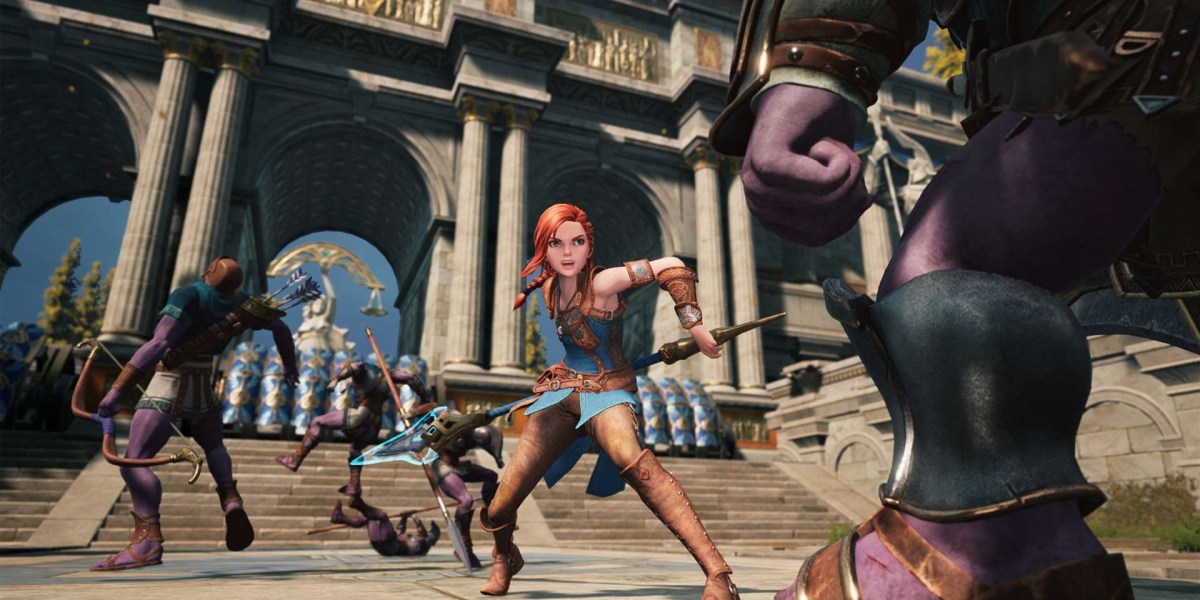 I’ve been looking forward to Asterigos: Curse of the Stars ever since I saw a trailer around a month ago. This action role-playing game from Acme Gamestudio and Tinybuild releases today on Steam, and it promises a vibrant world filled with magic, mystery, and danger.

To be fair, my expectations were indeed met, and there were definitely some flashes of brilliance and inspiration. Unfortunately, Asterigos is also marred by some glaring issues that can prove to be detrimental to fans of action RPGs and Souls-like titles.

Tales from the cryptic

If you’ve been following our reviews and guides here on PC Invasion, you’ll know that I tend to focus on Souls-like/Soulsborne games. It comes as no surprise that I’ve grown rather impatient with regards to the genre’s use of cryptic clues and whatnot as a worldbuilding crutch. Granted, I don’t like it when games hold your hand as if you’re being read a book, but I also don’t want a ton of nonsensical babble thrown my way in a short span of time.

This is Asterigos: Curse of the Stars‘ first misstep. The gist is that your character, Hilda, is looking for her father who went out on a mission. You find yourself unconscious in the game’s first area with little to no explanation. Then, within an hour or so, you’re told about a fella named Eumenides, the Aphesians, the titular “curse of the stars,” stardust, Ethrus, Athos, Porthos, Aramis, the Ninja Turtles… you get the idea.

The point is that a lot of terms are thrown your way in such quick succession that everything becomes muddled and frustrating to understand. The narrative, which could be as simple or fantastical as a developer wants it to be, has no time to breathe, as the player gets bombarded by concepts and ideas that are hard to follow. There are echoes (i.e., dialogue scenes) and notes/documents, but these don’t help matters that much. 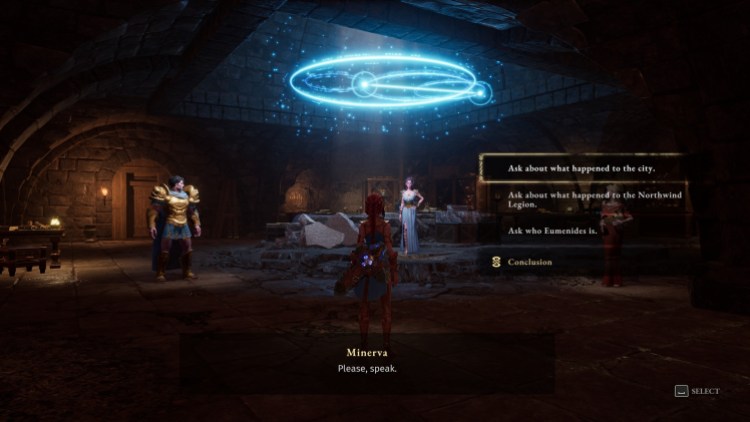 On a positive note, Asterigos: Curse of the Stars has lovely visuals and majestic scenery. Playing on a PC with an Nvidia RTX 3080 and Intel i9-10900K, I was treated to gorgeous locales and towering backdrops, with levels that are designed with superb detail. I rarely encountered slowdowns, too, unless an open area was quite large, so performance was certainly above average.

The levels and enemies draw inspiration from Greek and Roman Mythology. You can expect to see marble buildings, ruined statues, scenic vistas, and more, all populated by creatures such as harpies, minotaur, centurions, colossi, and others.

Perhaps my only gripes here would be the lack of a functional map and how the teleportation mechanic comes later. For the former, the only map you have gives a background of the zones, which means you can’t mark pathways or sections. For the latter, you’ll need to complete four main quests (not counting the introductory tasks) before you can teleport between fast travel points. I feel that this can be detrimental to those who love to explore early on. 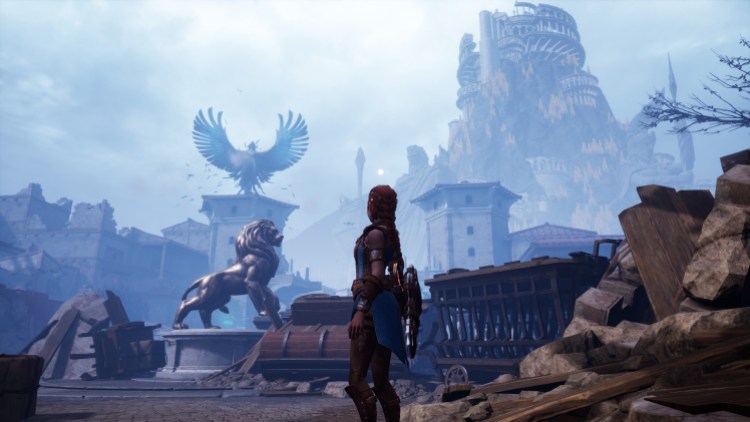 Creative combat with a bit of clunkiness

Where Asterigos: Curse of the Stars excels in is combat, generally the meat and potatoes of any action game. Hilda can choose from various weapon types, each with its own attack combo, special move, skills, and perks. For instance, the sword and shield equipment lets you block attacks, and you can even pretend to be Captain America by throwing your shield. The spear, meanwhile, has a special move that parries hits, as well as a Scorpion-like “Get over here!” ability. You’ve also got the hammer’s brutal-but-slow smashes and magical bracelets.

My favorites, though, are the twin daggers and staff. The twin daggers are the fastest weapons in the game, with quick slashes that make you dash past enemies. As for the staff, it provides a way to hang back and blast foes from a distance. You’re likely to try different weapon combinations to see what works in particular situations, making for a dynamic approach to combat. Additionally, by assigning skill points from level-ups, you can choose character and weapon perks, and these can be toggled as they have certain effects. 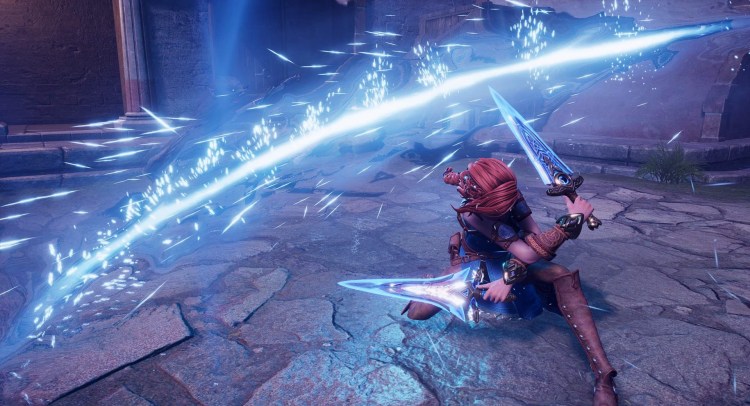 Still, there are some flaws — chief among these is the inability to remap/rebind controls. You’re stuck with the default binds for a mouse and keyboard setup, and a few presets if you’re using a gamepad.

Another downside is how hit detection and enemy AI can be wonky at times. There were instances when I’d hide behind obstacles, but long-range projectiles could still hit me (though melee attacks could not). Moreover, I’ve noticed that some enemies would watch or stay idle for a second or two before they aggro. Conversely, on some occasions, you simply won’t be able to interact with objects because something did aggro and you couldn’t see it. 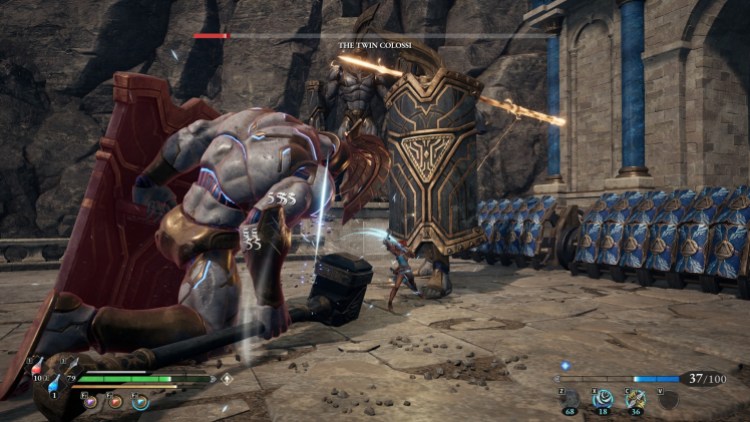 It scratches the itch

While I do call Asterigos: Curse of the Stars as “Bright Souls,” it’s mostly due to the vibrant, vivid, and cartoony design of the characters and landscapes. Its most common connections to Souls-like titles are epic boss fights, hectic combat, and cryptic development of the plot. The method in which you level up (i.e., traditional XP), how a percentage of the currency is lost instantly (i.e., no corpse run), and perks that are unlocked and toggled, mean that Asterigos has its own way of doing things.

In the end, Asterigos does have notable flaws, primarily with its poor narrative presentation and navigation woes. Still, it manages to scratch the itch if you’re looking for a new action RPG to try. 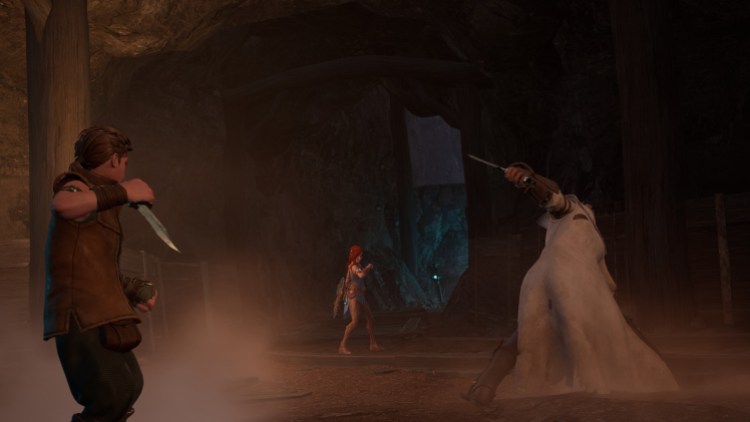 Asterigos: Curse of the Stars

An action role-playing game where you have to battle Greek Mythology-inspired monsters.
7.5

While there are some notable flaws and shortcomings, Asterigos: Curse of the Stars does manage to entertain and provide the necessary thrills.

Sonic Frontiers is getting Monster Hunter cosmetics after launch