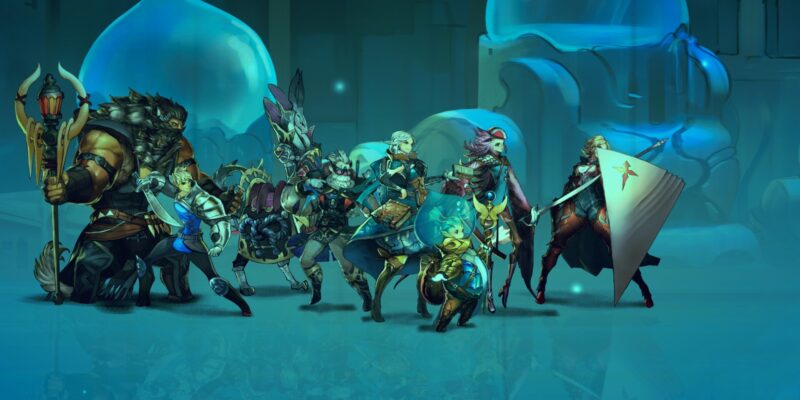 I’m not sure how Artisan Studio did it, but the Western developer made Astria Ascending with the help of some key people whose work should sound familiar. The most recognizable of these is Kazushige Nojima, who famously wrote Final Fantasy VII, VIII, X, some of the Kingdom Hearts games, and more. The music was composed by another Japanese RPG heavyweight, and even the character designs were done by the guy responsible for ones in NieR: Automata. I got to take an early look at the game, which comes out in about a month, and it’s easy to see the influences under its hood.

Astria Ascending is all about eight demi-gods who defend the world of Orcanon from destructive beings called Noises. Some of these creatures have been observed venturing into territories for the first time, so the cast sets out to learn why and stop the menace before it gets out of hand. The main character is Ulan, captain of the demi-gods. The story is fully voiced in both Japanese and English, and features extensive scenes focusing on dialogue. Anyone looking for the same kind of story focus they’ve seen in similar games should feel at home here.

Visually, it’s quite different from what you might expect, however. The game is completely 2D, although it features 4K artwork, so don’t expect the usual tiny install size. There’s a lot of detail to the characters and backgrounds, but it does look similar to mobile games, as characters animate with more of a puppet style than a traditionally animated one. In addition to combat, there’s platforming and some puzzle solving to delve into, plus sidequests and even an in-universe game about flipping opponent tiles. I couldn’t help but think of Blitzball. Not because they’re similar games, mind you, but solely due to such a thing existing at all. 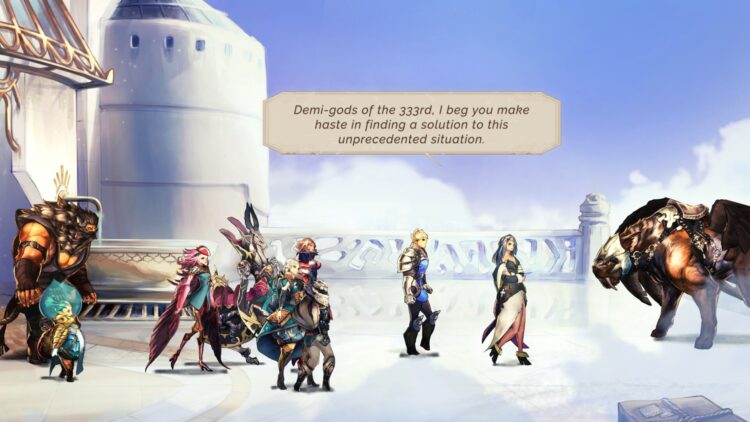 Show me your weakness

You can have four of the eight demi-gods in battle at once. Those four can also be swapped for the others at any time, even if active members have been knocked out. The gameplay is a typical turn-based affair with no active time mechanic. You select from the standard choices of attacking, guarding, using abilities, or items. Astria Ascending has a little twist on this, however. Each time you hit an enemy’s weakness, you receive focus points, which you can apply to a single attack for a lot of extra damage. Similarly, your party members are also susceptible to weaknesses, which can grant the attacking team focus points as well.

Combat is entertaining and brisk, plus each character unlocks skill points as the game unfolds. They all have their own skill trees, which will allow you to increase their stats and teach them new abilities. Astria Ascending is very much built around traveling to various cities and delving into dungeons to fight Noises. One thing of note is that movement speed in the game is extremely high at full force, which caught me off guard. You’re also supposed to be able to hit Noises in the field to gain a pre-emptive strike, but I was never able to get close enough to do this, as the battle would start before I could hit enemies with a sword slash.

Astria Ascending is a colorful game with a developed world and a story that seems quite promising. It’s certainly exciting to have another Nojima-penned story at our fingertips, so we’ll have to see how the game shakes out when it’s released next month. 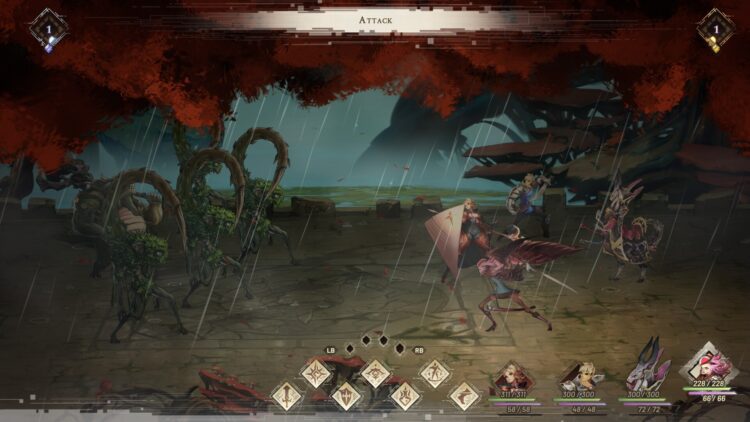