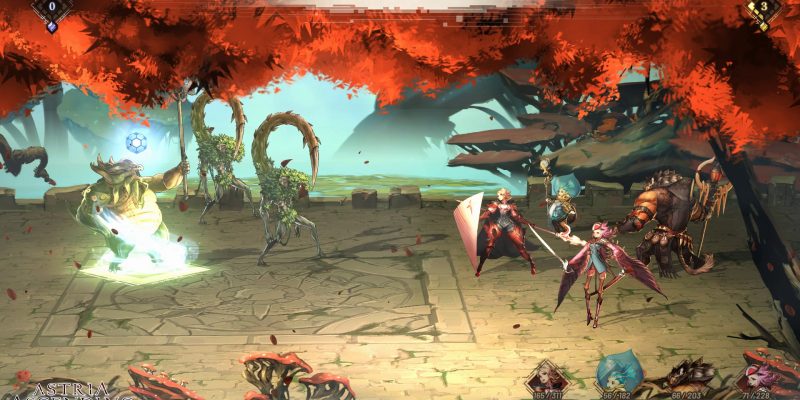 Japanese role-playing game fans have been spoiled quite a bit lately. Between a classic series like Persona and newcomers like Yakuza: Like a Dragon, it has been a good time for fans of the genre. In fact, it has even been hard to put aside the time for some of these great, multi-hour RPGs. Or maybe I am just bad at time management? Yeah, probably that one. Now a new challenger has entered the ring with a reveal trailer for Astria Ascending.

Astria Asending is being published by Dear Villagers, a smaller publishing company that has brought out other titles like Edge of Eternity and Ashwalkers. But the big news is that talent behind the game has worked on numerous Final Fantasy games over the years. The score is by Hitoshi Sakimoto of Final Fantasy XII and Vagrant Story fame. Kazushige Nojima of Final Fantasy X and Final Fantasy VII Remake fame is writing the narrative. Last but certainly not least, the art will be coming from CyDesignation, specifically Akihiko Yoshida and Hideo Minaba.

A spiritual successor to JRPGs of old

In Astria Ascending, you will take on the role of the Demigods, a group of eight heroes who will determine the fate of the world. Each character will have a unique story, and you will travel through five cities, over 20 dungeons, and rack up over 50 hours of gameplay (for completionists). Astria Ascending will also have a unique “token game,” but no further information has been given about that. You can also expect turn-based combat in the vein of JRPGs from yesteryear. There will also be plenty of side quests for players to explore, as well as mini-games.

Astria Ascending will release this year on PC, and will also be part of Game Pass. You can add the game to your wishlist on Steam right now.

Fabraz teams up with Playtonic Friends to summon Demon Turf