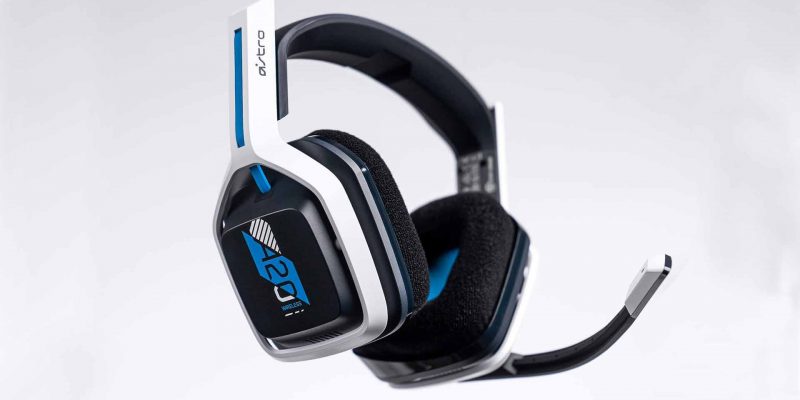 The Astro A20 Gen 2 wireless headset has a strange kind of awkward elegance to it. On the one hand, its minimalistic design, ease of use, and sound quality make it a joy to use. But on the other, poor design decisions and virtually non-existent instructions can make it as frustrating as it is useful. Take for instance the 2-inch USB transmitter, which can seem like a bit much when it’s protruding from the front of a desktop computer, console system, or side of a laptop. However, it’s completely plug and play, and provides a strong wireless signal that can penetrate multiple walls. It also helps that the headset itself maintains Astro’s signature style, with earcups that slide up and down and a long, flexible directional boom mic.

At the same time, the Astro Gaming’s dedication to minimalism goes to such an extreme that it almost makes this relatively straightforward headset difficult to use.

Turning up the Astro A20 Gen 2 wireless gaming headset

Plugging in the A20 for the first time is easy enough to figure out. The transmitter has a single button that pairs it with the headset when you turn it on. No drivers are required, so you’re ready to jump into a game, play music, or watch a movie straight from there. The A20 headset is also compatible with either an Xbox One or PlayStation 4 depending on the model, indicated by the color scheme, which makes it easy to quickly switch from PC/Mac gaming to using a console. 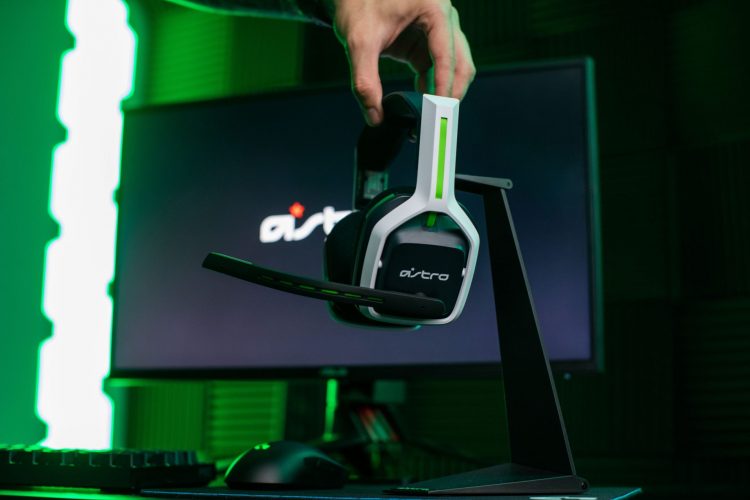 The Astro A20 can be easily switched between PC and console platforms.

The headband is a bit squarish for my taste compared to some of Astro’s other headsets. Its soft plastic cushion contrasts with the fabric earcups, but it’s flexible enough to be worn comfortably. At the same time, the super-soft ear cushions allow room for wide glasses and maintained strong sound isolation without getting too hot. Combined with the 15-hour integrated lithium-ion battery and 49-foot range, I could listen to music and play games for the better part of the day without realizing that I was still wearing the 11-ounce headset.

As for audio performance, the 40mm neodymium drivers completely deliver near true-to-life sound. At times, it was difficult to tell whether I was listening with the A20 or my desktop speakers. The sound can be further enhanced using the built-in equalizer preset button and software-based spatial audio such as Windows Sonic and Dolby Atmos.

The A20 also has an independent volume knob, which means that adjusting the volume through Windows doesn’t do anything. This can take a bit of getting used to, especially if you’re accustomed to using volume controls on your keyboard. But the benefit is that you get consistent loudness when you switch between devices.

So, the A20 makes a strong first impression, but it doesn’t take long before its flaws start to show.

Problems begin almost right out of the box, starting with the quick start guide that seems custom made to offer as little guidance as possible. There’s almost no text to coincide with the sparse illustrations, which probably means that Astro realizes that most people tend to throw out the instructions without reading them anyway. But it also makes things like the equalizer button, which is located on the right ear cup, a complete mystery. There’s practically no way to figure out that the three EQ presets include the Astro all-around gaming mode, a PRO mode that boosts the mids and highs for pro gaming and optimized spatial audio, and a neutral Studio mode for movies and music except by toying around with it and guessing what the bloops mean.

The EQ button is also inconveniently placed. I’ve accidentally pressed it on more than one occasion while putting the A20 on or taking it off. When changing the EQ settings by feel, I would usually end up pressing the more prominent power button and wonder why nothing was happening.

Figuring out what all the buttons do is part of the user experience.

Similarly, the voice balance buttons – which are located above and below the volume knob of the Xbox / PC version – are fantastically easy to overlook. Pressing them changes the game sound and voice communications mix to emphasize one while tuning down the other. However, figuring out their functions and what the different tones mean takes way more guesswork and online research than it should.

Perhaps the worst oversight is that the A20 Gen 2 doesn’t work with the Astro Command Center software, which limits your EQ tuning to the three built-in presets. And you can forget about firmware updates. There’s also no obvious battery level indicator, which means more guesswork. However, you can pretty much tell when the battery is running low when static steadily creeps into the sound. It can be confused with connection interference at first, but it eventually gets so bad that it becomes an obvious cry for help, prompting you to plug in the USB-C cable.

Incidentally, I would have loved the ability to set the headset’s automatic shutdown timer past five minutes. It might be a minor issue, but having the headset turn off on me while it’s still on my head just because I took a short break from playing to check my email adds to the list of annoyances.

Clearing out the noise

Fortunately, after the breaking-in period, the Astro A20 Gen 2 ends up being an excellent gaming headset. The flip-to-mute boom mic picked up my voice nicely while minimizing the background noise, even while someone was watching television nearby as I was playing an online game. 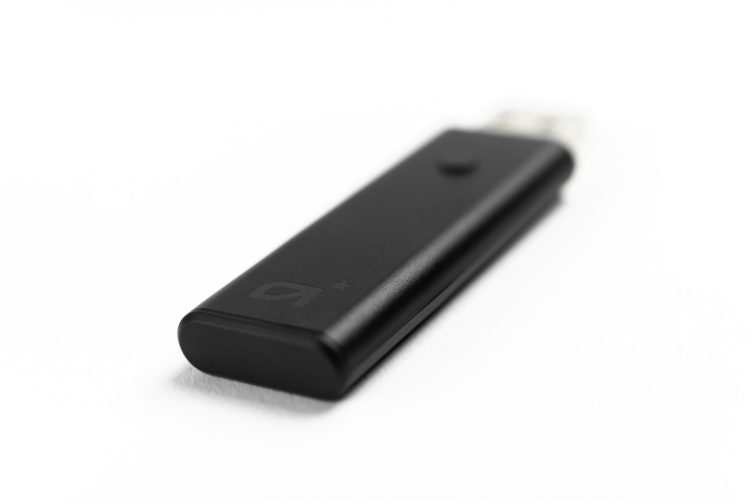 The relatively long USB transmitter seems like an accident waiting to happen, but it provides a strong and far-reaching signal.

There are still some aspects that bother me. Chief among them is the poorly placed equalizer button and the rather long transmitter, which is just waiting for someone to bump into it. I’m not a huge fan of the boxy look, which is underscored by square-shaped earcups. But there’s no denying that the Astro A20 Gen 2 provides superb sound for games, music, and movies. Once you have all the settings locked in, you can sit back and go on an all-day gaming marathon. With its strong signal and range, I didn’t even have to take it off when grabbing my food delivery from my doorstep.

The exceptional wireless audio performance trumps just about all the usability issues. I wouldn’t call the A20 one of my favorite headsets from Astro, but it certainly does an excellent job of immersing you in games. Ultimately, that’s all that matters.

It might take some time to work past some of the design issues, but the Astro A20 Gen 2 is worth the effort.