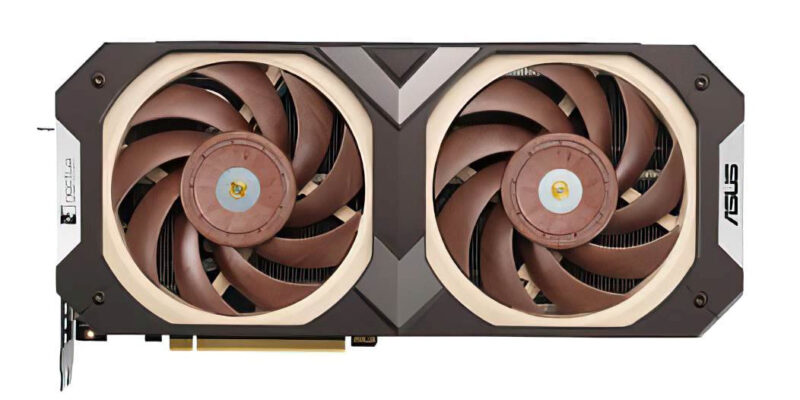 ASUS and Noctua are two companies that are known for not messing around when it comes to quality. ASUS produces tons of high-end tech devices, while Noctua specializes in silent, efficient fan designs and heatsinks. Each are capable of best-in-class products, so it got us pretty excited when we received word of a likely graphics card collaboration back in August. There were just some random render photos floating around back then, but we now have something official to gander at. Check out the first leaked photos for the ASUS x Noctua RTX 3070 graphics card.

Today’s photos were mistakenly leaked by ASUS itself via its Vietnam Facebook page. The company was quick to scrub the social media account clean of the evidence but not before screenshots were acquired. From what we can tell, the images appear legitimate.

The overall look is not surprising if you’re familiar with Noctua’s knack for including brown in everything it can get away with. I guess when you make some of the best fans, you can push your atypical hue agenda without worry. As for the card design, there are some clear nods to ASUS’ existing styles, and perhaps even subtle nods to the brow of the owl that is Noctua’s mascot. 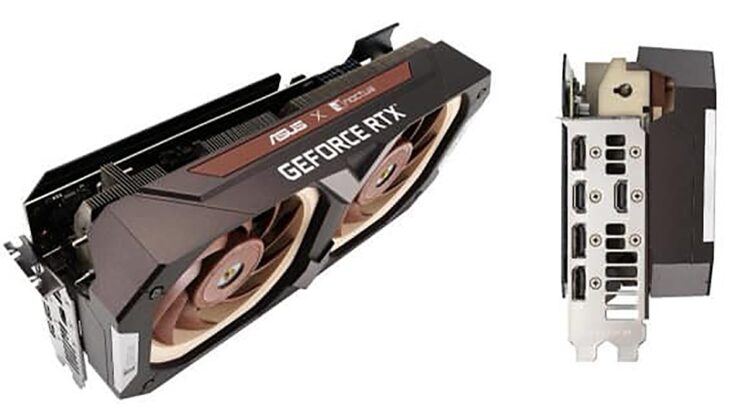 Considering this is a card built in collaboration with an iconic cooling company, it should come as no surprise that thermals will be a focus. This is a chunky looking graphics card and looks like it could take up three or four slots inside of your PC. That means two potentially exciting things. Plenty of cooling to facilitate a hefty overclock, and very little noise at that. Perhaps it will be as impressively quiet as the MSI 3070 Gaming X Trio we reviewed.

We’re still waiting on official specs, pricing, availability, and a release date for the ASUS x Noctua RTX 3070, but we can at least glean that this graphics card will support three DisplayPort 1.4 and two HDMI 2.1 connections. This will also surely be a highly-coveted card. Considering the ongoing shortages, you’ll likely need to keep vigilant like an eagle to knab one of these owl-like cards.