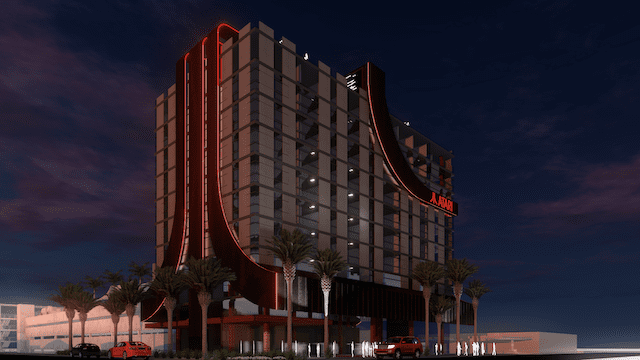 While Atari seems to be having trouble trying to launch its troubled VCS console, it doesn’t seem to have a problem as far as real estate goes. The company has announced that it signed a contract that will enable it to provide its name and branding alongside a real estate developer. As a result, there will be a number of Atari hotels opening across the United States.

What will the Atari hotels have to offer?

With these hotels, the company will have an “Atari gaming playground” that undoubtedly brings memories of old into a new setting. There will also be esports studios, where players can watch and possibly partake in competitive action, though no official details are available at the moment.

On top of that, the hotels will provide the usual luxuries. These include restaurants, bars, bakeries, movie theaters, and more. Whether they’ll be gaming-oriented is unknown at the moment, but it’d be a nice touch for Atari fans.

Based on the concept above, Atari has some lofty ideas for the debut of its hotel chain. But the real question is if they’ll see fruition. Thus far, the company has only received an advance of around $600,000 to license the brand to the developer. That’s a bit smaller than most licensing deals have done in the past, particularly for a substantial project like this. At least the partnership promises something bigger, with the company receiving five percent of overall revenue from the hotels.

It’s too soon to tell just what will go into Atari’s hotel development brand. But if anyone can take advantage of their classic gaming culture and put it into hotel design, it’s Atari.

We’ll see what develops in the months ahead.