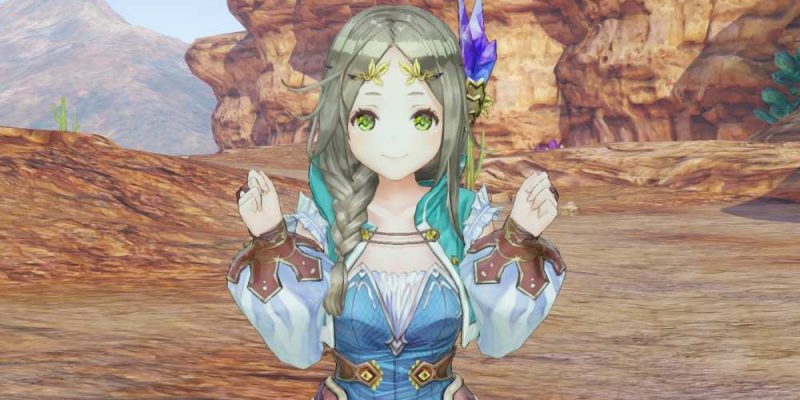 In addition to the other two games in the Mysterious trilogy, Atelier Firis is getting the DX treatment. It’s one of the most divisive games in the series, with many fans either loving or despising its additions. Regardless, the backlash was notable enough that developer Gust backtracked for the next game, before retooling its approach with the Ryza series. Personally, Firis is my favorite of the trilogy, so let’s take a look at what’s new to this DX version and see if Atelier Firis DX is worth it. Keep in mind that the original version of the game will be removed from Steam and its owners will need to buy this version to get access to the new stuff.

Atelier Firis DX has a much longer story setup than the other two games in the trilogy. Firis lives in a city built into a cave system. This city is terrified of the outside world and Firis has never even gone outside. When the protagonist of the previous title, Sophie, blows up the city door, Firis learns about alchemy and convinces her parents to let her go outside. But there’s a catch: she has one year to take and pass the alchemist exam to stay outside. Otherwise, she’ll have to return and go back to work in the caves.

A lot of fans disliked how the game didn’t have a central hub filled with story events like other games. I get where they’re coming from, but I personally don’t care much for Atelier characters or their banal conversations, so the change suits me. Instead of heading off to smaller areas via a world map, Atelier Firis DX has large zones that are connected to one another, meaning that the world actually gets a sense of place. Granted, getting where  you’re going takes longer, but I strongly prefer this set up. I’m glad that Ryza took so much inspiration from it.

Baby, you can drive my car

Atelier Firis DX has similar combat and alchemy to Atelier Sophie, but there are improvements here and there. Most notably, this is a much better looking game than its predecessor. It’s not too far behind Ryza, really. Going from the tiny areas of the last game to the large zones of this one is a bit jarring, but I can’t help but see it as a massive improvement. There are also nifty skill chains you can use in combat. This version also adds a photo mode and the ability to speed up battle as well, much like the other two games.

The game itself does have some new features added, though. Firis has access to four new vehicles that speed up movement and gathering even more. She also gets new items that similarly make things more convenient. There are also new quests that see you fighting a bunch of new boss monsters. Beating all of them will allow you to fight an even tougher version of Palmyra, so that’s something to alchemize all sorts of overpowered gear for.

Atelier Firis DX also includes some previous DLC, such as two new party members, a bunch of costumes, background music packs, and a couple of new gathering areas to explore. If you’re coming from Ryza and looking for more Atelier to sink your teeth into, I honestly do recommend Firis. This version mitigates some of the issues players had with the base game, so it is honestly a better version. I’d say Atelier Firis DX is worth it. It might not quite be at Ryza‘s level, but it’s still a strong series entry in its own right. Atelier Sophie: The Alchemist of the Mysterious Book DX — Is it worth it?

By Logan Broadley19 hours ago
Previews