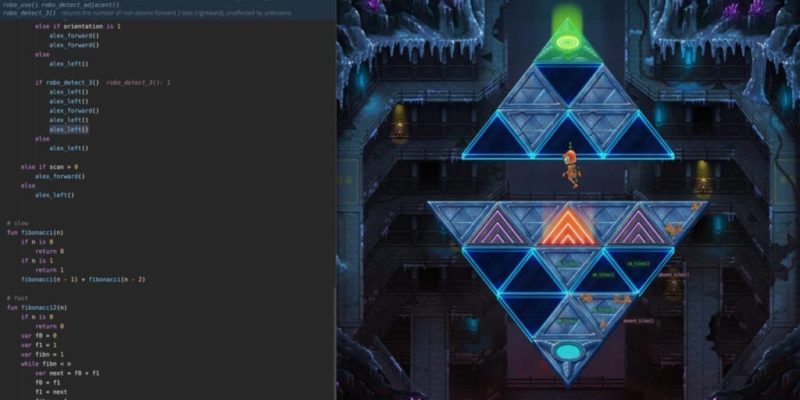 From indie developer Big AB Games, Robo Instructus is out today on Steam and itch.io. Along with the release comes a playable demo. This colorful and atmospheric game will see the player doing some basic programming.

The player will take the role of a Salvage Engineer. Then the task is to travel to a remote alien world and take control of a forgotten robot. To do this, you must engage with the robot’s coding. Once you achieve this, you can explore the world remotely by controlling the robot. Screenshots from the game show a colorful and vibrant world, one where the snowy weather could create some hazards for your robot character. Amidst all of the scenery, the levels look to offer some interesting puzzles to work around. 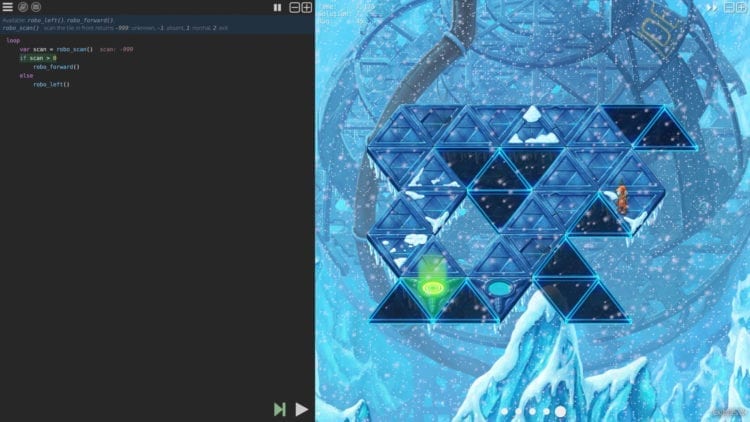 An intro to programming?

As the player become more familiar with the robot’s coding, new programming commands will become available. The basic idea is to become more efficient with the in-game coding segments.

Since the game’s coding language is built using already existing programming languages, Robo Instructus could be a fun way for newcomers to ease their way into coding. The gameplay uses the idea that coding requires specifics, so to move your robot where you want him to go, you have to be articulate. Ideally, this sort of game would appeal to those who have coding experience and simply want to enjoy the game. However, it could also be an excellent intro to programming for those who have never done it before.

Robo Instructus went under development for two years. In that time, Big AB Games received feedback from around 3,000 beta testers who helped improve upon the functionality of the game. The studio’s long-term goal is to create games that merge programming and gameplay. Robo Instructus looks to be headed in that direction.