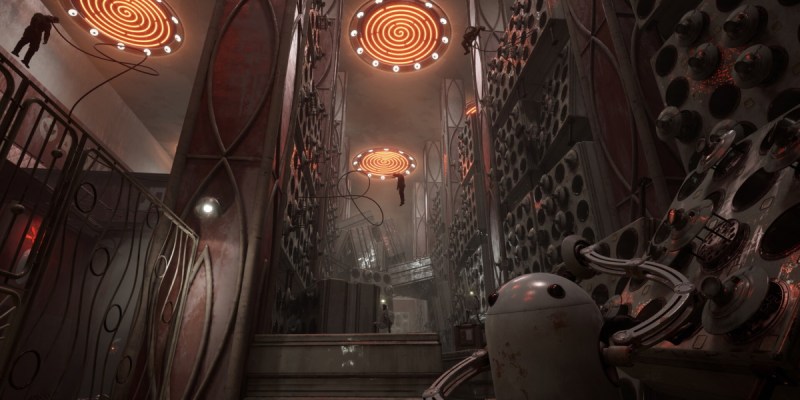 As we have learned over the past couple of years, release dates are often subjective. Mundfish’s Atomic Heart was teased with a release date for later this year. The developer also hinted that the launch month ended with a “-ber.” That’s been changed now to an “-ary.” After a brief period where it seemed the game would get delayed past this launch window, the company confirmed that Atomic Heart will drop early next year instead.

It’s unfortunate news, the kind we’ve sort of had to get used to. However, Mundfish and publisher Focus Entertainment softened the blow a bit with a new gameplay trailer. The footage is a little hard to follow, and I’m not referring to the already mysterious nature of the game’s post-apocalyptic story. The release date trailer showcases Atomic Heart gameplay often moving in fast-forward. You can get the gist of what’s going on: bad guys exploding, high-impact gun battles, general weirdness. But overall, I would have preferred knowing that the hell was going on.

“A system failure at Soviet Facility № 3826 leads machinery to rebel against the people,” reads the trailer description. “You are Major P-3, Private Agent, and your task is to minimize the consequences of this ‘systems failure’ and prevent the leakage of classified information. To succeed, you’ll have to do your homework and study every deadly foe to avoid becoming their next victim, for secret experiments have led to the emergence of terrifying mutants, implacable machines, and bloodthirsty creatures.”

Atomic Heart release date has had to wait

Atomic Heart has often been compared to BioShock. With a weapon in one hand and special abilities in another, you explore the remains of a once-impressive utopian world. Machines turned against their creators, leaving you to contend with murderous robots — and maybe something a little worse. There are also mutants, some of which seem to have their bodies taken over by plant life. So it is like BioShock, with weapons and powers, along with the appropriate levels of hubris. But also with plant people.

Atomic Heart has a release date of February 21, 2023. It’ll arrive on PC via Steam and Game Pass.

How to build the best Modern Warfare 2 Kastov 762 class

By Keren Philosophales19 mins ago
News