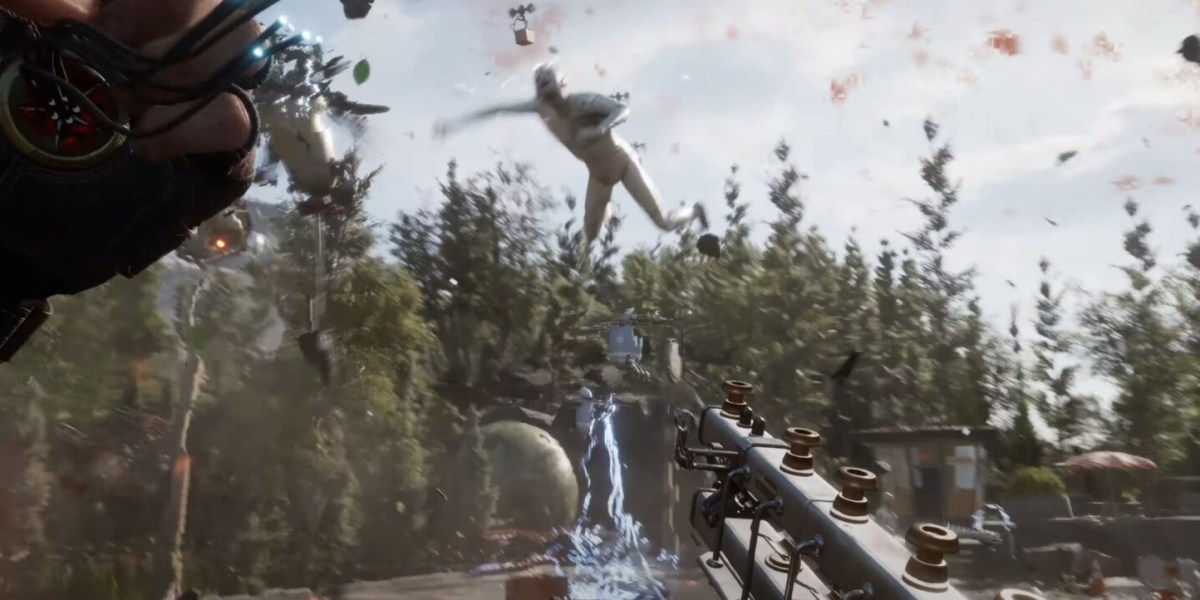 We all love a good nightmarish, alternate history story, don’t we? We don’t? Fine, be like that. Atomic Heart, an upcoming open-world, first-person action RPG from the developers of scrapped VR game Soviet Lunapark has just given us a better look at its story, as well as a release window. The game is set to release in the fourth quarter of this year, although we aren’t sure which month. The trailer literally ends by saying it’ll release in “#######ber,” and seeing as none of the four mounts with that suffix have a prefix of seven letters, it’s easy to see that the devs are just being coy.

Atomic Heart is set to be a game predominantly about shooting, albeit with some melee action. Ammo is said to be quite scarce, and there’ll be stealth as well, so it doesn’t sound like we’ll be going around with guns blazing this time. The game takes place in an alternate reality 1950s Soviet Union. It puts us in the shoes of a KGB agent known only as P-3 as he explores an abandoned manufacturing facility. Abandoned, save for an army of killer robots that is. It’s one of those retro-future-type dealies where dated versions of future technology are everywhere.

Things are getting strange

The trailer kicks off with P-3 falling from a train that’s in the process of derailing. We then get a look at some of the creepy robots, as well as a female character who’s on P-3’s side. There’s even a bit of gameplay before we see a guy get punched in the face. As the trailer progresses, it settles into more gameplay, showing Atomic Heart‘s weapons and abilities. P-3 is able to freeze things, and also fights a giant, robotic monstrosity with some type of rocket launcher. The final screen implores players to “whishlist” Atomic Heart on Steam ahead of its release window. Why are you saying it that way?

Chrono Cross is finally coming to PC this April