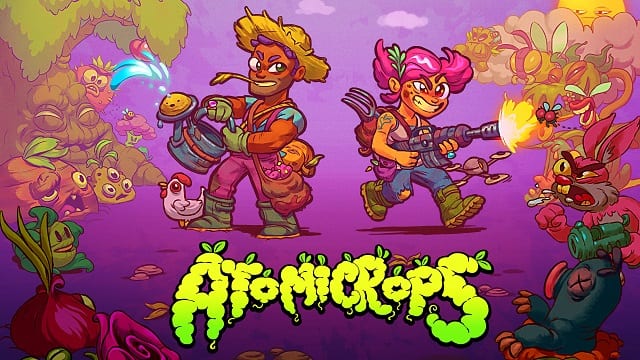 If you liked Stardew Valley but thought it was a bit too cute and adorable, you just might love Atomicrops. Described as the “chaotic marriage of bullet hell roguelite and farming simulator,” it debuts in early access on the Epic Games Store starting today, and it’s available with a 50 percent launch discount.

The premise is similar to Stardew Valley: You’ve just inherited your uncle’s farm. Except that it happens moments before the nuclear apocalypse, and now you’re the last farmer on Earth. Not only do you have to get your farm up and running as the radiation settles, but you’ll also have to fight all kinds of mutated vermin and pests.

You can expect the usual farming sim gameplay where you’ll plant your crops carefully and make sure they’re fertilized and watered. You’ll also explore the surrounding areas to find items, seeds, and farm animals to help your fields grow. You can even get married, and your partner will help tend your farm and fight the fiends.

Developer Bird Bath Games plans to reveal a roadmap for the early access period of Atomicrops soon. There is no mention so far of how long the game will stay in early access. The plans mostly include new partners for player characters to marry, more items, and more enemies.

The developers emphasize the importance of a fan community to develop an early access title. The Epic Games Store doesn’t quite have a lot of infrastructure in that sense, so we’ll see how the game develops in the coming months. Starting today, Atomicrops is available at 50 percent off, and each day the discount will drop 10 percent until it’s back to the normal price of $14.99 / €14.99 / £11.99.

So if that sounds like your kind of game, check it out on the Epic Games Store and show the developers your support through the early access period.