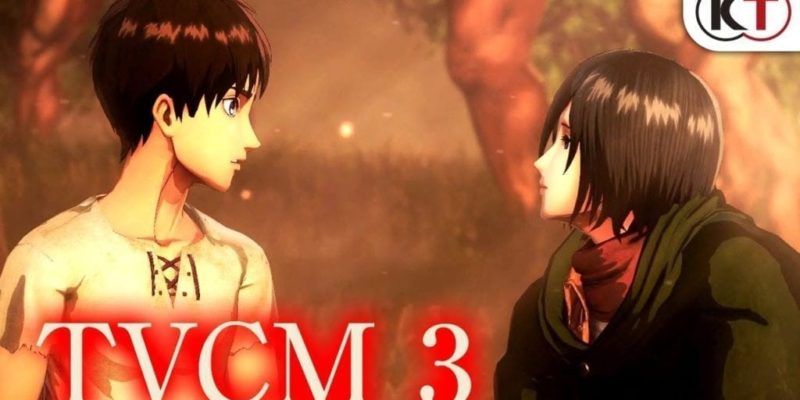 The commercial continues the classic semi-brief thirty-second format and it also adds some wonderful and epic music to the whole concept. The scenes are pretty cool, even for a short a video like this and it will definitely hype-up fans of the series and the game in general.

Attack on Titan 2 will arrive in Jaoan on March 15th and in the west for PlayStation 4, Xbox One, Nintendo Switch, and PC on March 20th, 2018. You can take a look at the whole TV commercial below.