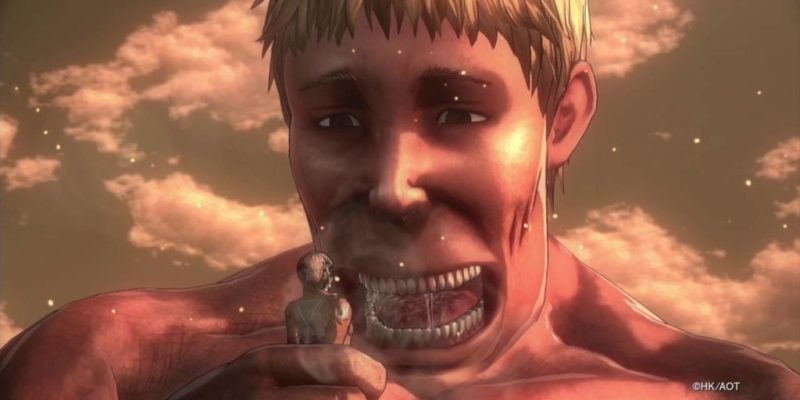 Everyone’s favourite horrifying naked Titans will be stumbling over themselves to eat humanity on 30 August, when Attack on Titan arrives on PC (and other places). E3 is no stranger to giant baby-men, so it seems appropriate that Attack on Titan gets a new trailer and a set of screenshots to mark the occasion.

The trailer is sort of introductory (in that it shows you the main cast), but might not mean a whole lot to anyone unfamiliar with Attack on Titan. It’s originally a manga, but this videogame adaptation is based on the first season of the anime version. In it, what remains of humanity are confined to a huge, walled city; because everyone and everything else was wiped out by the giant creatures you see in the trailer.

This game version is being developed by the Dynasty Warriors people, but evidently has a different focus to those games (which are more about crowds of goons and officers). Here, it’s going to be all about getting yourself into position with grappling devices to jab at the weak spots on the titan’s necks.