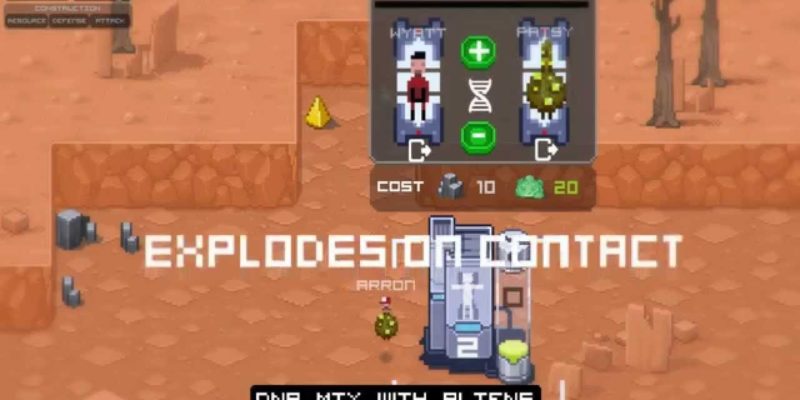 All fleshy humanoids are hereby alerted that Freaking Meatbags is now available through Steam Early Access.

No longer must you pick up rocks on your own. A race of squishy lifeforms can pick up those rocks for you and be genetically modified to shoot things, explode on contact, or get really, really good at carrying rocks.

As a lowly cleaning robot, your job is gathering precious minerals from each world before the solar system explodes. Build bases, mix meatbag DNA, harvest resources, and fend off attacks from wild and dangerous robots.

Freaking Meatbags throws you into a futuristic world where robots have jobs, cephalopods aren’t confined to a single dimension, and humans stand around talking to themselves. Just like real life.