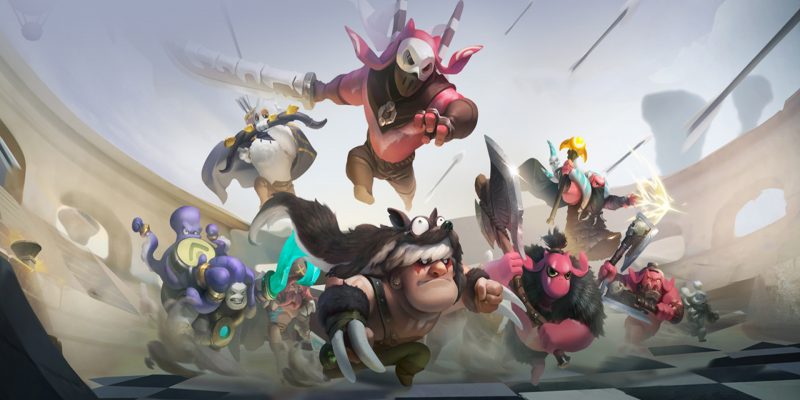 Video games are weird. I don’t just mean in the traditional “hey look at this wacky nonsense over here” way either. The development of games and entire genres can be just as crazy as the games that come from them. Nowhere is this more true than with modding. A mod of a game can become a new mode. That mode can become a new game. Then that game can become a genre. In the case of MOBAs however, that genre became a powerhouse. Auto Chess MOBA is the next step in the development ouroboros.

For those unaware, this all really started with Warcraft 3. While it may be hard for some of you to believe, there was a time when Warcraft wasn’t an MMO. All joking aside, when Warcraft 3 came out, just like with Starcraft before it, the modding scene was huge. One such mod of the game had players controlling one single hero instead of an army of grunts, and facing off against another player’s group of heroes. Sound familiar? Well this mod became known as Defense of the Ancients, or DotA.

Flash forward a few years and DotA is its own franchise, while Riot Games has the equally popular League of Legends franchise. Even Blizzard tried to jump on the MOBA bandwagon with Heroes of the Storm, although it achieved far less success than its contemporaries. Modders weren’t content to stop there though, no way. Soon enough a new game type emerged from DotA 2 called DotA Auto Chess. In this game mode, players place their heroes on predetermined paths and have them fight automatically like a hybrid of Poker and Chess.

Thus was the birth of the “autobattler.” Shortly after, the games industry did what the games industry does best, and a plethora of imitators emerged. Riot Games came out with Teamfight Tactics, Valve created DotA Underlord, and Blizzard even added a autobattler type mode to its TCG Hearthstone. Well, the team who originally created DotA Auto Chess went out to make its own version of the game, but unattached to the DotA franchise. Thus, Auto Chess was brought into the world. This brings us full circle to now. Publisher Dragonest and developer Drodo Studio, the creators of Auto Chess, have announced a MOBA based on Auto Chess, the aptly titled Auto Chess MOBA.

Hitman 3: Dubai guide — On Top of the World mission